Tata Motors‘ master plan for India, set into motion by the Bolt hatchback and the Zest sedan, includes as many as six UVs for the next few years. Which is pretty ambitious considering most of their previous products haven’t been successful. Apart from the original Safari and the facelifted Safari Dicor, most others have failed in the Indian market. The Safari Storme has been comprehensively outsold by the Mahindra Scorpio, while the Tata Aria was a bit too ambitious from the outset and a bit ahead of its time really. It was intended as a crossover, a term the Indian audience is still not mature enough to understand, and marketed as an SUV which didn’t seem to convince people due to the Aria’s MPV like appearance. Also, the Tata brand name isn’t exactly associated with premium vehicles, a problem similar to what Maruti Suzuki faces in India which has led to flops such as the Grand Vitara, Kizashi, etc. The Hexa concept showcased by Tata at the recent Geneva Auto Show is an attempt at reinventing the Aria and first impressions suggest that they have done a decent job which you can read about here. But has the average Indian buyer matured enough to understand how capable the car really is or is it still a bit too soon for such a vehicle? We take a look at all the factors that could work in the Hexa’s favour as well as those that could work against it. 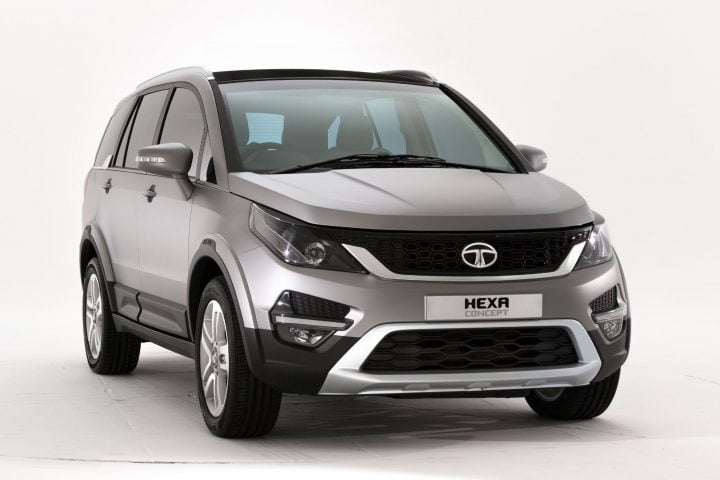 Tata has confirmed that the Hexa crossover will be launched later this year, most probably around this year’s festive season.

The Tata Aria was, by no means, an unpleasant looking vehicle. But the MPV like exteriors failed to excite buyers, especially the ones looking for an SUV. With the Hexa concept Tata has done a commendable job in shedding the MPV like appearance and given it a much needed dose of ruggedness. Right from the flatter, clam-shell design for the bonnet to the faux skid plates and the angular fog lamp cluster. There is black cladding all around the vehicle adding to the ruggedness of the exterior. The rear gets horizontal, Volkswagen-like tail lamps which add a bit of character to the design. As does the blacked out D-pillar giving the Hexa a floating roof effect. 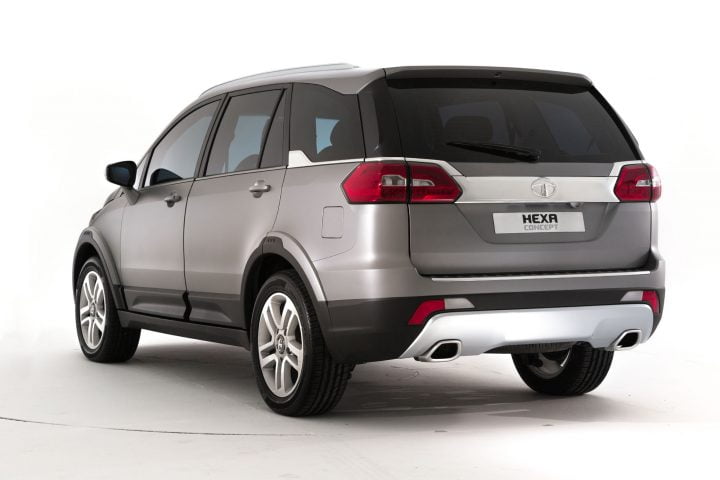 As was the case with the exteriors, there was nothing wrong with the interiors of the Aria either. But Tata has gone ahead and redone the whole thing in line with their current design language. But, that’s not the important bit. Tata claims to have increased the cabin space making the third row even more usable. If Tata does decide to market the Hexa as a competitor to the Innova then this could turn out to be a significant factor.

Powering the Hexa is the Aria’s 2.2-litres VARICOR turbocharged diesel engine that has a maximum power of 154 BHP and a peak torque of 400 Nm. It is expected that these numbers will be bumped up for the Hexa. The motor is expected to come mated to a six-speed manual transmission. An automatic could also be in the offing.

The general Indian public failed to notice the practicality of the Aria, but they have had time to mature. There was a time when large hatchbacks such as the Ford Fusion and Honda Jazz were ignored by the public. Now, though, they are gaining popularity as demonstrated by the success of the Hyundai i20 and the upcoming models by Maruti and Honda. An SUV and an MPV, all rolled into one very smart looking package might just catch the public’s fancy.

THE NOT SO GOOD BITS

While Tata Motors might be the owners of luxury car brands Jaguar and Land Rover, Tata branded cars are still not associated with the words such as premium, luxury, etc. And shaking off the taxi market image is also another challenge and though, they have managed to do that to an extent with the Bolt and the Zest it still is a brand largely associated with cabs and fleet owners. 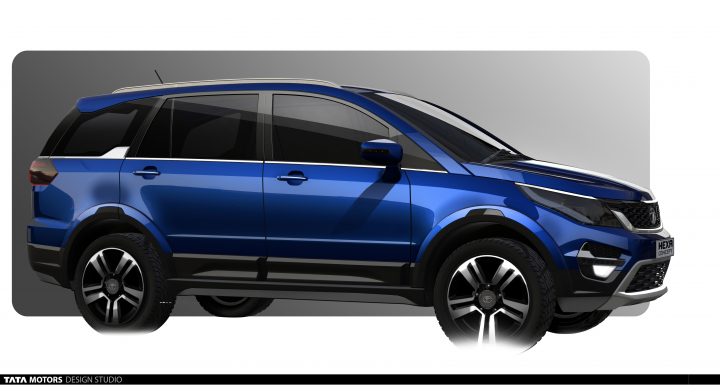 When the Aria was launched it was viewed as an expensive prospect and by the time Tata decided to slash prices and introduce cheaper base variants it was too late. While it is unlikely that the Hexa will be any cheaper, but Tata would do well to introduce an affordable base variant right from the start to try to pull buyers away from Toyota who will be ready with the next generation Innova and then there are established players like the Mahindra XUV500 and Tata’s own, the Safari Storme. The positioning will be key and Tata would do well in pitching it as an MPV with SUV like qualities rather than the other way round.

The Hexa concept retains all of the Aria’s core strengths and does everything better. A change of name and a better marketing strategy could help the Tata Hexa achieve what the Aria couldn’t. So, does the car have potential? Yes, definitely. Are we Indians ready for a premium crossover from Tata? Maybe. Will Tata get lucky this time around? Only time will tell. 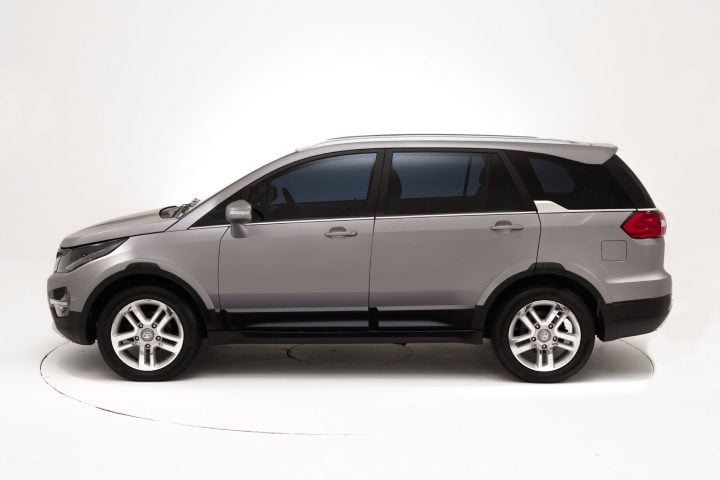 So, what do you feel about our Tata Hexa concept review here? Do share your thoughts by penning them down in the comments section below.