Upcoming Cars in India Below 4 lakhs

The ever busy budget car market is all set to get busier this year with new and very important launches by major manufacturers. The sub INR 4 lakh segment, comprising mostly of small hatchbacks, is one the most hotly contested segments in the Indian automobile scene right now with Maruti Suzuki being the most dominant manufacturer. While other manufacturers might find it hard to beat them in terms of sales, companies like Renault and Tata will launch new products hoping to poach prospective customers away from Maruti, who will also be looking to increase their market share with new launches. So with the competition in the budget car segment looking all set to heat up we bring you a comprehensive list of all the new and upcoming cars in India below 4 lakhs of asking price headed your way this year.

The launch of the Tata Nano generated a huge amount of buzz as it was to be the cheapest production car in the world, meant to put more Indian families on wheel. Who knew at that time that the ‘cheapest car in the world’ would turn out to the Nano’s undoing. A car that was supposed to take over the number one spot on the sales charts from the Alto did not even mange to break into the top 10. Tata is working hard at making the Nano more desirable, something they wish to achieve with the upcoming revised Nano Twist. The updated model will feature revised styling, more upmarket interiors, opening tailgate and more. And in order to increase its appeal as a cheap and cheerful city runabout, Tata will also add the Zest‘s AMT automatic gearbox as an option. Prices will see a minor increase and even though, it will be nowhere near the one lakh rupee mark, it will surely make a better case for itself. 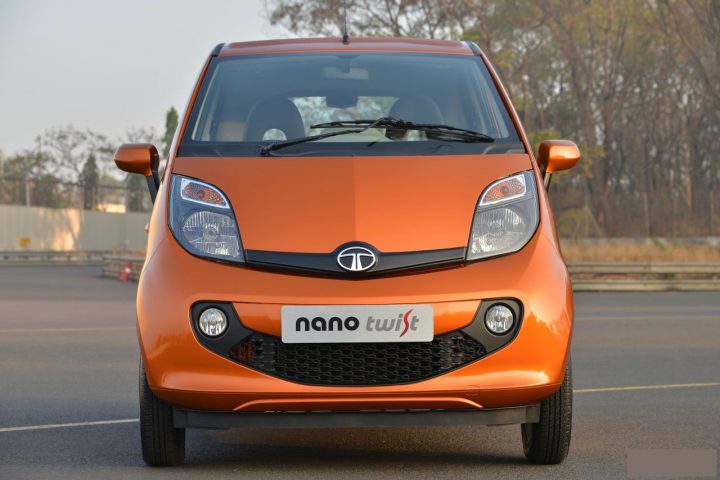 Tata’s second offering in the budget car segment would be the Kite hatchback, which essentially the replacement for the ageing, a decade and a half old workhorse Tata Indica. The car will follow in the footsteps of the recently launched Zest and Bolt in terms of exteriors styling and interiors design. Like the original Indica, the Kite will also be the basis for a compact sedan which will replace the Indigo eCS. A brand new 1.05 litre diesel motor producing 64bhp and peak torque of 142Nm and a 1.2 litre petrol motor good for 75bhp and 120Nm torque will power the Kite hatchback and the sedan. Both engines will be mated to a 5 speed manual transmission and an AMT might be offered at a later stage. Tata will be hoping to emulate the Indica’s initial success and getting rid of the taxi image that is associated with the Indica these days.

Read more about the Tata Kite

Renault will be looking to take the fight to Maruti with its upcoming small car codenamed the XBA. The car, spotted numerous times undergoing testing with heavy camouflage, will be similar in size to the Hyundai Eon and will take styling cues from sister company Datsun’s Redi-GO concept. The company claims that this new hatchback will be “an exciting package with unique design cues”. They are also refuting claims that it will essentially be a rebadged Datsun Red-GO insisting that it will be a completely different product designed majorly by Renault. However, the two cars will be sharing the same platform and engines. The XBA will be the cheapest Renault in production in the world and will be manufactured at Nissan–Renault‘s Chennai facility for domestic sales as well as export purposes.

Maruti is getting ready to shake things up in the small car segment with the upcoming Celerio Diesel expected to launch sometime this year. The hatchback’s trump card would be the all new indigenously developed 800cc twin cylinder diesel motor which will help keep costs low. This engine is currently undergoing extensive testing and will also be offered on the Tata Ace rivaling Y9T commercial vehicle. Although, the engine is expected to produce a measly 38bhp, the torque figures are expected to be high enough to ensure the Celerio diesel is good enough for city conditions. Apart from ensuring low costs this new diesel engine is also expected to deliver very high fuel economy in the range of 30kmpl, which would make the Celerio diesel the most fuel efficient car on sale in India. Exteriors and interiors will not be seeing much change and the Celerio diesel might also get the petrol versions AMT autobox as an option. 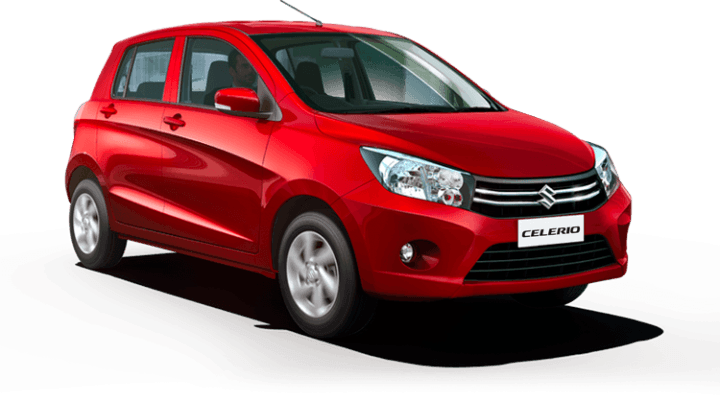 Read our comparison of the Maruti Celerio diesel and Chevrolet Beat diesel here.

So what do you think of all the upcoming cars in India below 4 lakhs headed your way? Express your views in the comments section below.