New car technologies are invented every now and then but some have been with us for years. In our earlier Automobile technology posts on Car Blog India, we have talked about ABS, EBD, Turbochargers, Superchargers and many other but today we will be talking about a technology which is half a century old and now finds an important place in every luxury car.

In 1945 a blind yet prolific inventor, Mr. Ralph Teetor invented a system which is now one of the most important features of any good car globally, the Cruise Control. The system was first introduced in 1958 with Chrysler models such as Imperial, New Yorker and Windsor and by 1960 all Cadillacs were offered with Cruise Control.

Presently most of the global automobile giants like Volvo, Mercedes-Benz, BMW, Audi, Nissan, Kia, Honda, Nissan, etc. offer this feature with most of their cars. Mahindra & Mahindra is also on its way of providing better safety features and offers Cruise Control with Mahindra Scorpio VLX. 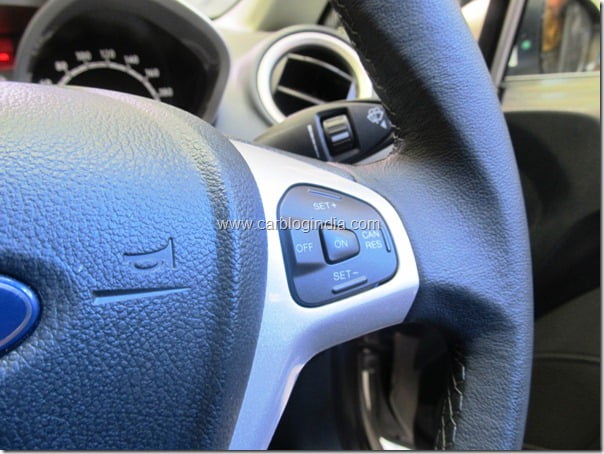 What Is Cruise Control?

Cruise Control is a system which is capable of maintaining the speed of a car at a desired level. The conventional or I would say the basic systems are capable of taking over the throttle once the driver activates Cruise Control and sets the desired speed. In most of the cars, the cruise control buttons are mounted on the steering wheel, just like the audio control buttons, whereas in older car models a separate lever is provided similar to the ones used for windscreen wipers and headlights. The basic ones are often equipped with four buttons: on, off, resume and coast whereas the newer current systems are offered with one or two controls only but are way too convenient. Once enabled the new ones only ask the driver to set the maximum and minimum cruising speeds after which it takes over the controls and the same gets disabled as soon as the driver presses the throttle, brake or clutch pedal.

This feature is very useful for long drives where the roads are fairly good and high speed cruising is possible. The driver can set the car’s cruise control system close to the speed limit of the road and just relax with his foot off from the accelerator and brakes, the car will maintain the speed set on the cruise control system using the arrangements (car’s computers, activators etc.) which are provided in the car.

How Does Cruise Control System Work?

We do not intend to go very technical over here and will keep the explanation of its working, simple. The modern systems constitute of a computer control system, several inputs signals, vacuum actuator and throttle position sensor. The main computers takes the input from the starring wheel controls, vehicle speed signals etc. and sends these to a vacuum actuator through a vacuum valve. The actuator in turn is connected to the throttle valve by a cable and the throttle valve has a position sensor mounted on it. The sensor directs the signals back to the main computer, so it forms a loop.

What Is Adaptive Cruise Control Systems? How Is It Different?

Adaptive Cruise Control or ACC is an advanced type of cruise control system and is the most widely used one. The system is capable of adjusting the speed of the vehicle depending on various factors influencing it. In simple language, if your car’s cruise control is set to a speed of 80 KMPH and the car in front of you is going slower than 80 KMPH, your car will slow down automatically to maintain a safe distance from car in front of you. Once the car in front goes 80 KMPH or faster or gets out of the way, the cruise control system again speeds up to initially set 80 KMPH without any manual intervention ! Isn’t it useful for a long highway journey.

Behind the grille of a vehicle, radars or lasers are installed that track the distance and speed of the vehicle ahead. This information is sent to the main ECU or the computer and together they help the car to reduce speed or re-accelerate depending on the position and speed of the car in front. This way, Adaptive cruise control is a more refined version of the cruise control system and is a very nice feature for even the city driving conditions with slow moving traffic.

What is a Turbocharger? What is a Supercharger?

What Is VVTI In Simple English?