Suzuki showcased the X-Lander concept in Tokyo some years back. Rumours have it that the Japanese car manufacturer is taking cues from this design study for its next Jimny. The 2018 Suzuki Jimny, which could come to India as the 2018 Maruti Gypsy, will look really modern and will offer many safety and interior features. In car markets like that of India, where the Gypsy has got a bit too long in the tooth now, the new model Jimny 2018 will come as a breath of fresh air. There are good chances that the new model will be produced in India. India could even become one of the first markets to see the launch of the new SUV. You can read on for all the available information on the 2018 Suzuki Jimny India launch date, price and specifications. 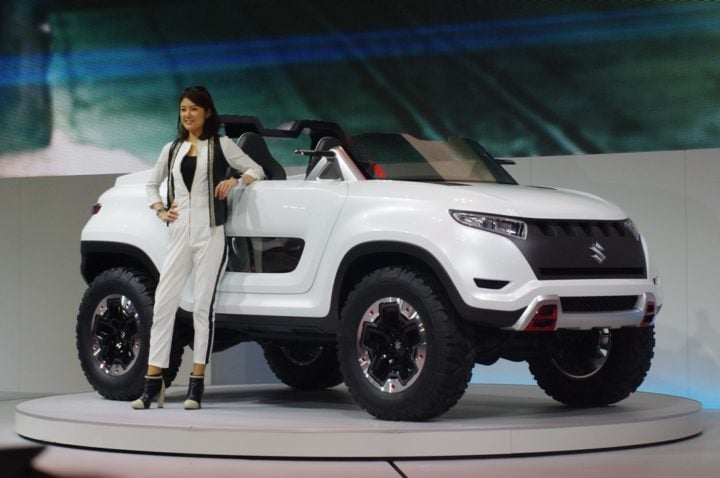 The Suzuki Jimny made its India debut at the 2012 Auto Expo. While Maruti decided against launching the SUV in India, the next generation model could very well launch in India as a replacement for the Gypsy. Nothing’s clear at the moment, but good chances are the new SUV will launch here as the 2018 Maruti Gypsy. A pre-production prototype is very likely to be present at the Auto Expo 2018. Subsequently, a late-2018 or an early-2019 launch looks very probable. Prices will, of course, see a steep rise. But the very fact that the Jimny 2018 will be a lot more modern than the Gypsy shall enable it to justify the premium pricing.

There are good chances that the 2018 Maruti Gypsy aka 2018 Suzuki Jimny will share its platform with the Baleno. That said, suitable modifications will be made to the lightweight platform to ensure that the new Jimny doesn’t lose out on its off-roading prowess. The next generation Suzuki SUV could even share its engines with the Baleno. It’s likely to get the 1.0-litre Boosterjet (from Baleno RS)and the Fiat-sourced 1.3-litre Diesel engines.

Maruti could be looking at showcasing a pre-production prototype of the new Jimny at the Delhi Auto Expo 2018. It won’t be Jimny’s first visit to India. The manufacturer has showcased an earlier generation at the 2012 edition of motor show in Delhi. This time around, the new generation Jimny is expected to be produced by Maruti Suzuki. Hence, there’s a high probability of it making to Indian car market. The productions-spec model could finally launch in India late next year or in early next year.

The current generation Jimny is a sub-compact off-roader on sale in many markets abroad. The first-ever model (LJ10) of this SUV made its debut in 1979. The Jimny that came to India (as the Gypsy) is basically a long-wheelbase version of the second-generation model. Now, it seems like India will become a production hub for the next generation Suzuki Jimny 2018. The new SUV could be produced at the Gujarat facility and India is likely to become an export for South East Asian, European and North American markets. 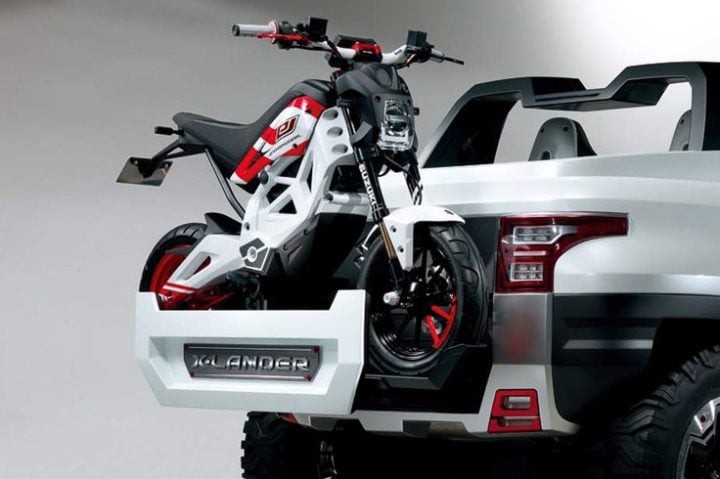 The new Jimny won’t come cheap. Thanks to being light years ahead of the current Gypsy, the all-new SUV will command a huge premium over the outgoing model. However, the increase in price will be easily justifiable thru modern engines and platform, many new features and a fresh design. Our guess is that the prices of the 2018 Suzuki Jimny could start at around Rs 6.50 lakh in India. The top-end model could cost around Rs 8.50 lakh.

The new SUV is likely to appeal to both private buyers and Government institutions. The Gypsy isn’t too popular among private car buyers owing to its utilitarian nature. The next generation 2018 Jimny, however, could have a mass market appeal owing to its comfortable cabin and a long list of features.

The 2018 Suzuki Jimny will be underpinned by a modified version of the Baleno’s platform. The lightweight platform should help the SUV on the off-road trails. Also, a low kerb weight should lead to a sprightly performance and a high fuel efficiency. In India, the new Gypsy will offer both 2WD and 4WD variants. The 2WD variants, which will be lower in cost, should appeal to private car buyers. 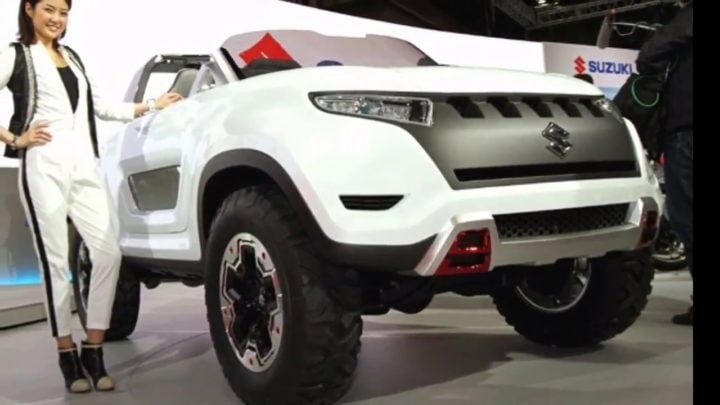 Even the engines for the 2018 Maruti Gypsy will come from the Baleno. While the Petrol engine on offer will be the 1.0-litre Boosterjet motor that does duty on the Baleno RS, the Diesel variant will get the Fiat-sourced 1.3-litre Multijet Diesel engine. So far, the Gypsy has been available only with a petrol engine. This engine is a G13 1.3-litre four-cylinder engine that can’t match more modern engines in terms of efficiency and emission-control. The JDM-spec 2018 Jimny could even get the 0.66-litre turbocharged three-cylinder engine from the Alto Turbo RS.

The Gypsy has often been criticized for its low fuel mileage. Also, a lack of Diesel engine option further compounds the problem. Things will change with the India launch of the 2018 Suzuki Jimny. The next-generation SUV will offer both Petrol and Diesel engines. Also, both the engines on offer will deliver a high fuel mileage. This will help the 2018 model gain popularity amongst mass market car buyers.

Ahead of its official unveiling, the new 2018 Suzuki Jimny leaked online today. The images you see here are alleged leaks of the new SUV from a Brazilian website. The new Jimny will likely make its Japan debut at the 2017 Tokyo Motor Show in October. Subsequently, it will make its India debut at the 2018 Auto Expo. As can be made out from the images we have here, the new SUV looks very rugged and boxy. It won’t be wrong to say it has a Mercedes G Wagon-like appeal to it. The Jimny, while boasting a very boxy retro look, gets bits like LED lights and fog lamps to look sufficiently modern.

On the inside, the interior gets a high practical but sufficient attractive design. There cabin seems spacious enough and is likely to offer decent headroom, legroom and shoulder-room. The new SUV will offer a very upright driving position that should give the driver a very commanding view of the road. The new SUV’s features list should include a touchscreen infotainment system, automatic climate control, reverse park assist, and a multi-function steering wheel. 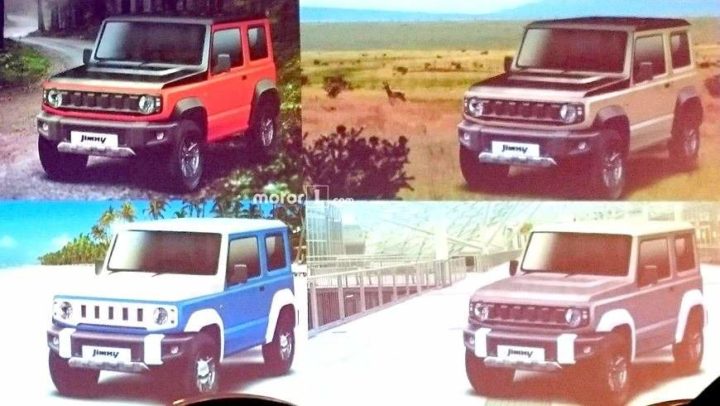 One of the biggest negatives about the Gypsy is the really low fuel mileage and lack of a Diesel engine. Things with change with the advent of the 2018 Jimny. The new SUV will get fuel efficient Petrol and Diesel engine options. Like the platform, even the engines will come from the Baleno. While the petrol engine option will come in the form of the 1.0-litre Boosterjet engine that outputs 98 BHP-150 Nm, the Diesel variants will get the Fiat-sourced 1.3-litre Turbo Diesel engine that outputs 75 BHP-200 Nm. Both the engines will come mated to a 5-speed Manual Transmission. 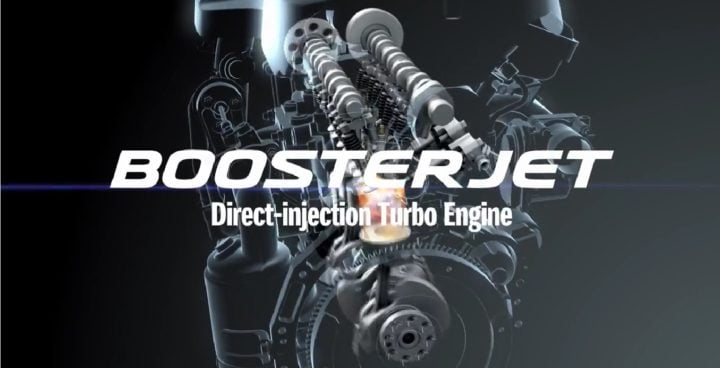 In Europe, the new Jimny could even get the 1.4-litre Boosterjet Petrol engine and an Automatic transmission. For the Japanese Domestic Market (JDM), however, the new 2018 Suzuki Jimny might get the 0.66-litre Turbocharged petrol engine from the Alto RS.

Thanks to a high off-road capability, the Jimny might not have any direct rival. Still, here are a few models it could compete with-

As seen, even cars like the Ignis from Maruti’s own stable might rival the 2WD variants of the new 2018 Maruti Gypsy indirectly.

Stay tuned to Car Blog India for latest news updates on the launch date and price of 2018 Suzuki Jimny.