The next generation 2018 Toyota Camry has made its debut at the ongoing Detroit Motor Show. It is based on an all new platform that also underpins the soon to be launched Toyota Prius. However, it is worth noting that the Camry for the ASEAN markets, which Toyota sells in India, and the one Toyota sells in the American market differ in terms of styling. So, while India will eventually get the new Camry, it will look slightly different. India bound 2018 Toyota Camry will be unveiled sometime during the course of this year. 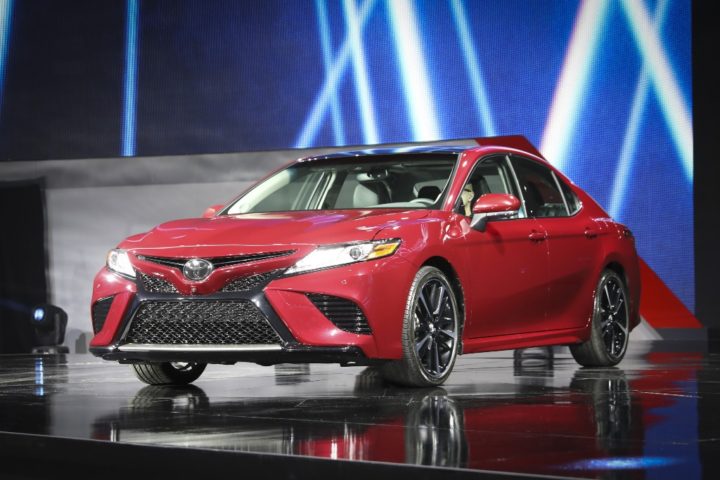 Designers at Toyota have done a great job with the styling of the new 2018 Toyota Camry. It gets a very sporty front end with a large air dam finished in black. A chiselled bonnet and LED headlamps with daytime running LED elements round off the front end design. At the back, the Camry gets split wraparound LED tail lamps with a sporty quad tail pipe setup. The way the rear windshield is curved around the top corners is reminiscent of the Toyota Prius. Unlike the Camry sold in India, the hybrid and the standard petrol drive models of the eighth generation Camry get different styling. The hybrid variant features a slightly less sporty front end with a larger single piece air dam. 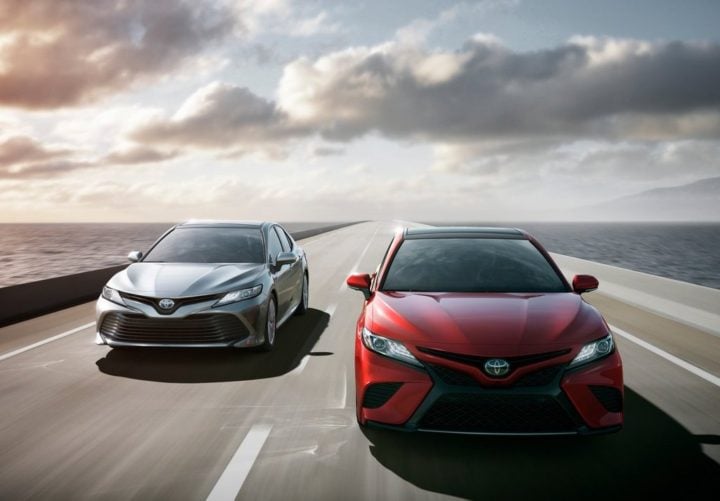 On the inside, the new Camry gets a very driver oriented setup. There’s a large glossy black area dominating the centre console housing the touchscreen AVN and HVAC controls. The cabin offers a mix of light and dark materials along with usage of some wood and brushed aluminium inserts. The instrument console appears to be an all digital setup that will provide battery and hybrid system information among other things. 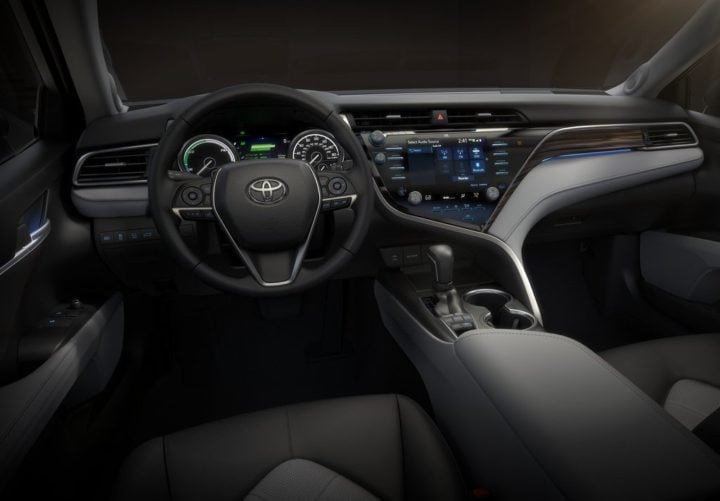 Like the current generation Camry, the new one will also be available with a choice of petrol engines and a hybrid setup. The range-topping Toyota Camry variants will get a 3.0 L V6 Petrol engine. The other two powertrain options on offer are a 2.5 L Petrol and a 2.5 L Petrol hybrid setup. These engine options are the ones that will make their way to India. Exact specifications haven’t been revealed by Toyota yet. 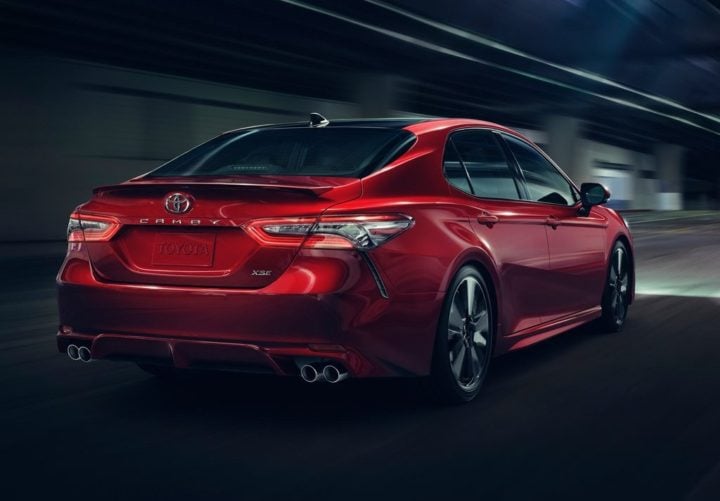 The India launch of the next generation Toyota Camry is at least a year away. In fact, the ASEAN-spec Camry that we will get hasn’t even been revealed yet. We’re not expecting the new Toyota Camry India launch to take place until early 2018. 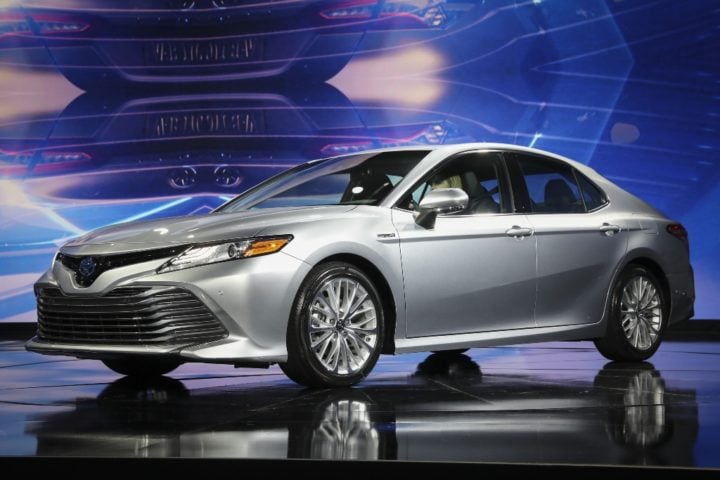 By the time the new Camry land on Indian shores, the prices of the current model would have gone up. That, combined with the price hike generally associated with new model launch means the 2018 Toyota Camry could cost around Rs. 33 lakh. The Hybrid model, despite availing benefits under the Government’s FAME scheme, will cost slightly more than the standard petrol model. The current Toyota Camry sold in India costs Rs. 30.38 lakh and Rs. 30.90 lakh for the petrol and hybrid models respectively. 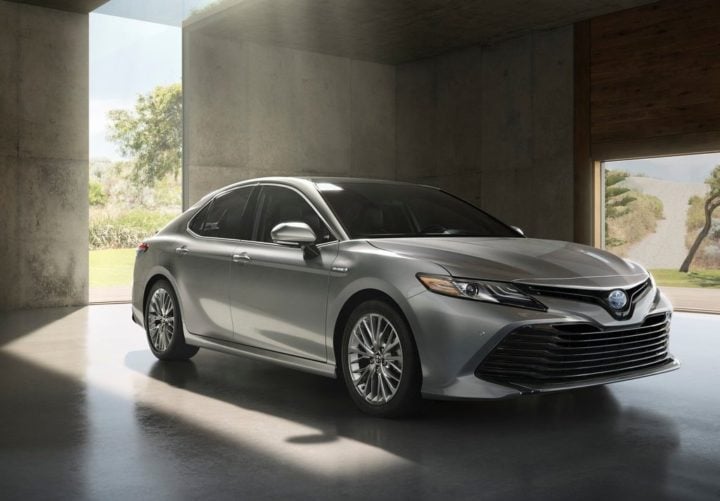 In its segment, the Camry is a very strong seller for Toyota. The Hybrid model, in particular, has been performing very strongly. Despite being newer and more fuel efficient, the Honda Accord Hybrid has been unable to make a noticeable dent in the sales of the Camry Hybrid. The new model will only help Toyota consolidate its position further in that segment.

Stay tuned to Car Blog India for all the latest updates on the upcoming 2018 Toyota Camry launch in India.