The Dominar 400  aka Pulsar CS 400 has been launched in India at Rs. 1.36 lakh. The Pulsar brand of motorcycles has to be among the most amazing things to have happened to Bajaj Auto Ltd. in present times.  The Bajaj Pulsar has been largely responsible for bestowing upon Bajaj a new identity, that of a modern motorcycle manufacturer who has heard the prayers of the adrenaline-charged and performance-craving bike aficionados of our country. First launched in 2001, the Pulsar series has come a long way and comprises a wide range of models. With the launch of the Dominar 400, Bajaj hopes the brand can aceive a similar cult following in the years to come. Check all the available Bajaj Pulsar CS400 (Dominar 400)price, specifications along with other important details in this post here- 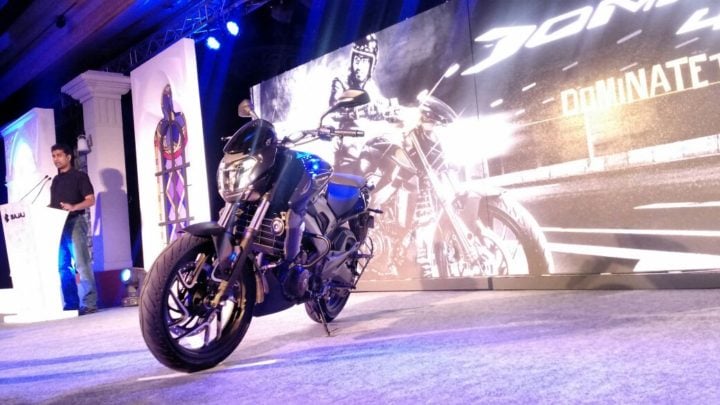 The launch of the Dominar 400 took place on December 15, 2016. Read on for all the available details on one of the most anticipated of all the upcoming Bajaj Pulsar bikes in India. 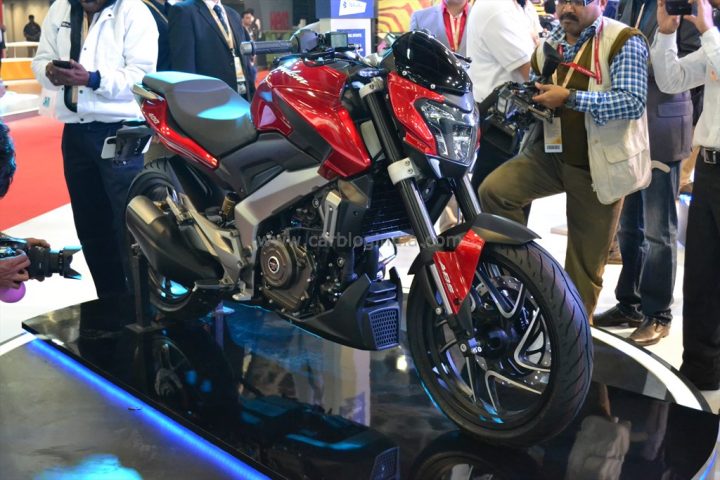 Powering the Dominar 400 is a re-tuned version of the same 373.2 cc, single-cylinder, 4-valve, liquid cooled motor that powers the KTM 390 Duke. This engine comes mated to a six-speed manual gearbox and for the CS400, it produces a maximum power-torque of 35 PS-35 Nm. The receives DTSi Triple Spark Plug technology for the CS400. It has a top speed of 148 km/h and can do the 0-100 kmph run in 8.23 seconds. The bike gets disc brakes at both ends and features 17-inch alloys.

The Bajaj Dominar 400 Mileage could be roughly 30-35 kmpl. The lower (than 390 Duke) power should have led to better mileage. Official figures are not available yet. 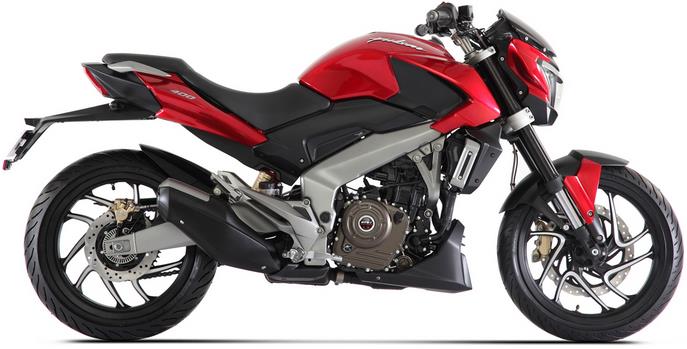 
The Bajaj Pulsar Dominar 400 has a world-class design. Seemingly inspired from the very tasty Ducati Diavel, the D400 has enough set your pulse racing. The D400 looks every bit a bigger sibling of the 200NS. The front facade is really aggressive and boasts of a large headlamp with LED fixtures. The production-spec model, however, misses out on the concept’s chunky upside-down front forks. Also, while the RS200 gets clip-on handlebars, the Bajaj Pulsar CS400 makes do with a conventional tubular handlebar to carry a street fighter image. The CS400 gets an all-digital instrument cluster which offers a speedometer, tachometer, odometer, fuel level, gear shift indicator and many tell tale signs. 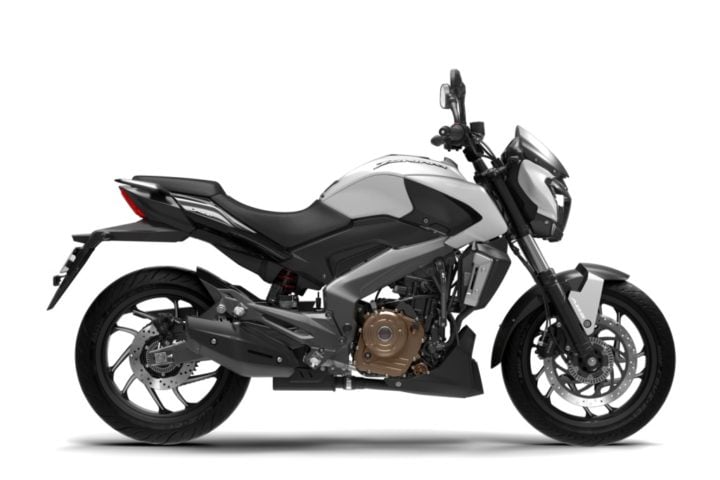 In another deviation from the concept, the Dominar 400 gets a split-seat. Bits like a sculpted fuel tank and tank extensions along with stylish alloy wheels go on to further enhance the design. Unlike most other bikes on sale in India, the Pulsar VS400 does not get any flashy body graphics. Instead, the exterior is a combination of the base colour complemented by blacked out body parts.

The CS400 will be rivaled by the likes of Mahindra Mojo 300 and Royal Enfield Classic on one end, and by its own cousin, the KTM 390 Duke, on the other. Also, while not a direct rival, the CS400 is also likely to lock horns with the rRoyal Enfield Himalayan 410cc adventure motorcycle.

The Dominar 400 could also rival the upcoming BMW G310R.

Powering the Bajaj Pulsar CS400 is 373 cc single cylinder engine. This liquid cooled motor is closely related to the one that powers the KTM Duke 390. Power output is 35 PS while peak torque is 35 Nm. A 6-speed gearbox handles transmission duties. The Dominar 400 gets disc brakes on both ends – 320 mm Front and 230 mm rear. Other specifications include telescopic forks for the front suspension and gas charged monoshock for the rear. 17-inch alloy wheels are standard.