The Auto Expo 2018 has to be one of the most awaited events for many car and bike aficionados across India. The next edition of the country’s biggest motor show promises to bring in a handful of new cars and bikes from almost all the manufacturers. Recently, we came up with a list of bikes that TVS is expected to showcase at the next Delhi Auto Expo. Now, in this post here, we’ve come up with details on all the motorcycles and scooters that Honda Motorcycles and Scooters India (HMSI) could present at the next auto show. Here’s a list of all the Honda Bikes at Auto Expo 2018 that you can expect to see at the show. 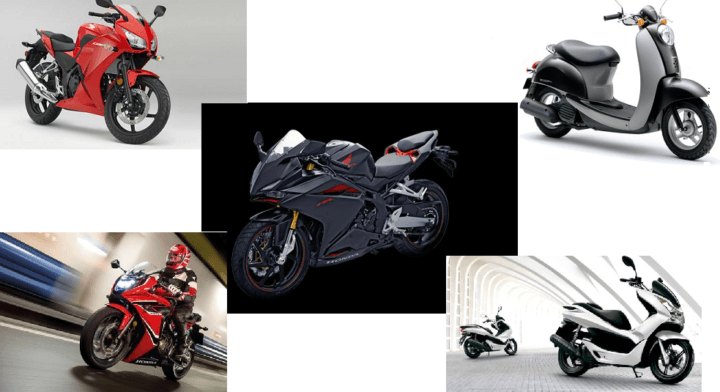 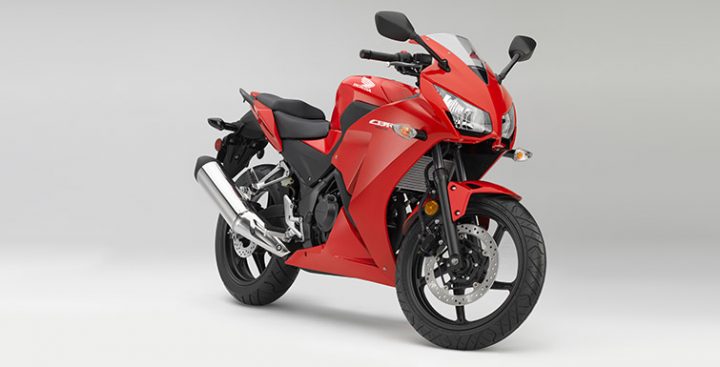 The CBR300R will replace the CBR250R in India. The upcoming model is likely to help Honda rekindle the interest of buyers of high-end Indian bikes in the Japanese brand. While the CBR250R has been taken off the shelves, it was seen losing out to Austrian competition during the last few years of its career. The CBR300R will be the bike that is likely to bring some lost glory back to the bikemaker. The upcoming motorcycle is basically a larger version of the new generation CBR250R. It gets its power from a 286cc, single-cylinder, liquid-cooled and fuel-injected engine that outputs a max. power of 30.4 BHP and a peak torque of 27 Nm. The engine comes mated to a six-speed Manual Transmission. 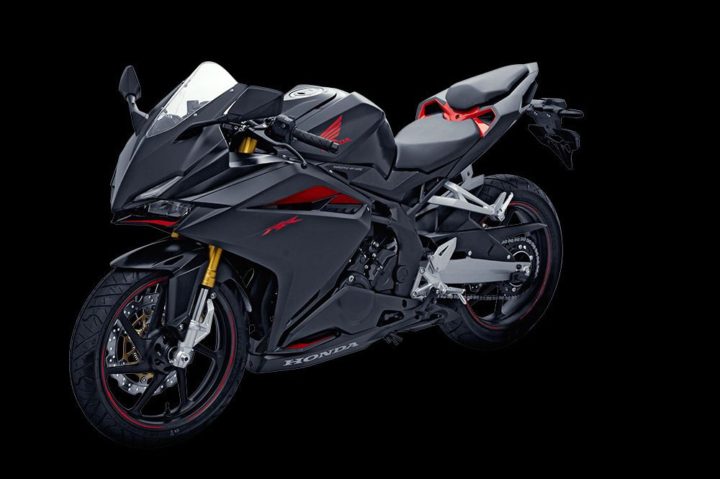 The CBR250RR is expected to be in attendance at the next Delhi Auto Expo. The 250RR is the much sleeker, sharper, racier sibling of the CBR300R. Basically, it’s a ‘Race Replica’ of Honda’s full-blown litre-class motorcycle. The CBR250RR is sure to come to us at a high price point, but it will become the easiest way for any Honda lover to get close to a serious track-ready machine. Expect this motorcycle to cost more than Rs 2 lakh when it finally launches here. The CBR250RR will go on to the challenge the hot-selling KTM RC390 when it finally makes it to India. This bike is powered by a 249.7cc engine that comes mated to a six-speed Manual Transmission. The engine outputs 38 BHP and 23 Nm. This motorcycle has a top speed of 179 KMPH. 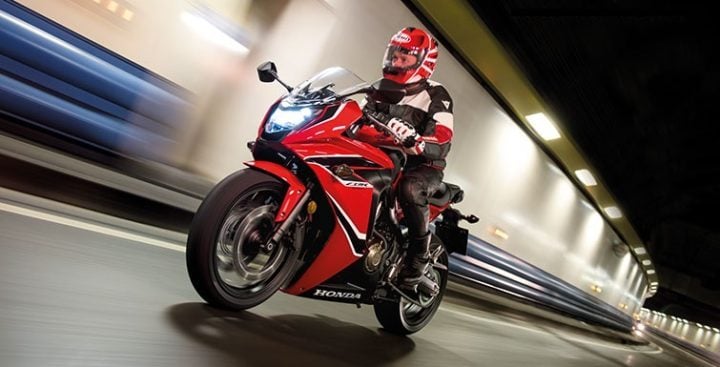 The new generation Honda CBR650F made its world debut at the 2016 EICMA motor show in Milan. Honda is now planning to showcase the 2018 CBR650F at Asia’s largest motor show, the Delhi Auto Expo, in February next year. The new generation motorcycle will subsequently launch in India. While the new bike uses the same engine as earlier, it gets a larger intake and a sportier exhaust. The engine outputs a max. power of 89 BHP and a peak torque of 62 Nm. Suspension duties are courtesy of 41mm Showa forks at front and a 7-way adjustable monoshock suspension at the rear. The bike will get NIssan brake calipers with ABS as standard. 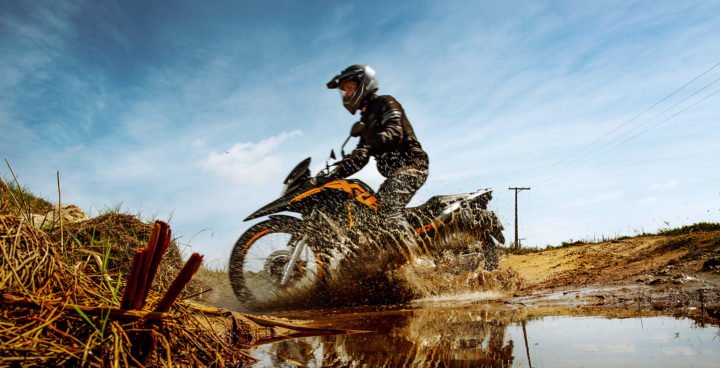 We were the first one to break news of Honda preparing to launch the XRE 300 in India. While the launch was earlier expected to take place during the festive season of 2017, it now looks like the bike will make its India debut only at the next Expo. The upcoming dual-purpose motorcycle will be the first-ever such product from HMSI and second such product (after Hero Impulse) in the mainstream bike market.Powering the XRE 300 is a 291.6 cc, DOHC, single-cylinder engine that belts out a max. power of 25.4 BHP @ 7,500 RPM and a peak torque of 27.6 Nm @ 6,000 RPM. We’re expecting a sticker price of Rs 2 lakh here. 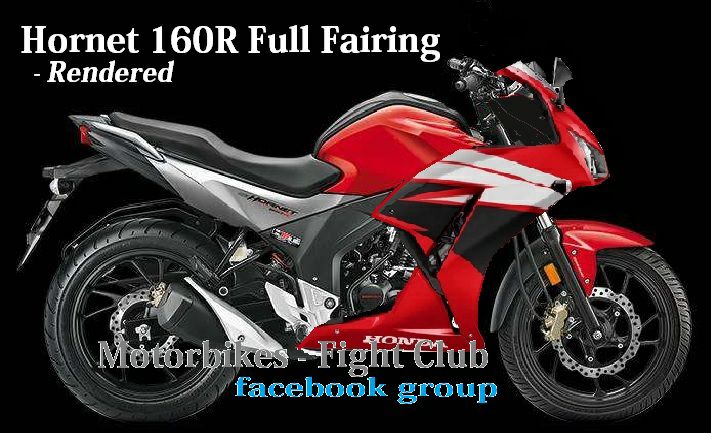 One of the important motorcycles among all the Honda bikes at Auto Expo 2018 will be the fully-faired version of the Hornet. This motorcycle will rival the Suzuki Gixxer SF, a model that has gradually established a strong foothold in the market. While specifications will remain largely the same, Honda could still tweak the engine a bit for this motorcycle. Prices are expected to start at roughly Rs 95,000. In terms of features, this bike will be as feature-loaded as its streetnaked sibling. Like we just said, the fully-faired Hornet is an important bike for Honda. We say this is as it will become the only fully-fairied Honda motorcycle in the below 1 lakh price segment. 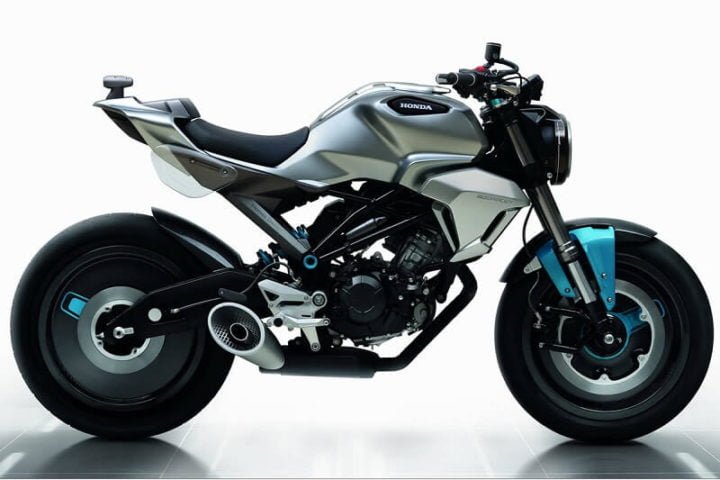 The Honda 150SS Racer is likely to make its India debut at the Auto Expo 2018. It will likely become a logical successor to the Honda CBR150R. While the new bike makes a lot of sense for the Indian market, the company is yet to confirm the launch plans of this motorcycle. Powering the bike is the same 149.4cc, single-cylinder engine that powers the CBR150R. 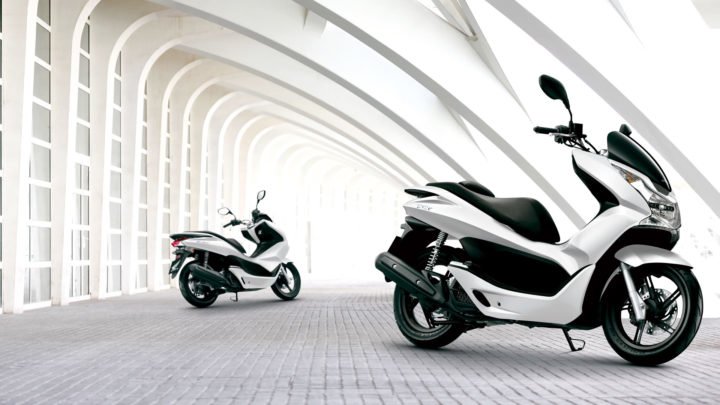 The PCX 150 should become one of the most important new scooters at Auto Expo 2018. This automatic scooter from Honda made its India debut at an earlier edition of Delhi Auto Expo. Basically, the PCX is a large scooter that is likely to open gates to a new segment in the scooter market. The PCX is powered by a 153cc, single-cylinder, SOHC liquid-cooled engine that comes with PGM-FI fuel injection system.The new Honda scooter offers features like an anti-theft system and a navigation unit among many others. The PCX150 automatic scooter has to be one of the most important new Honda bikes at Auto Expo 2018. 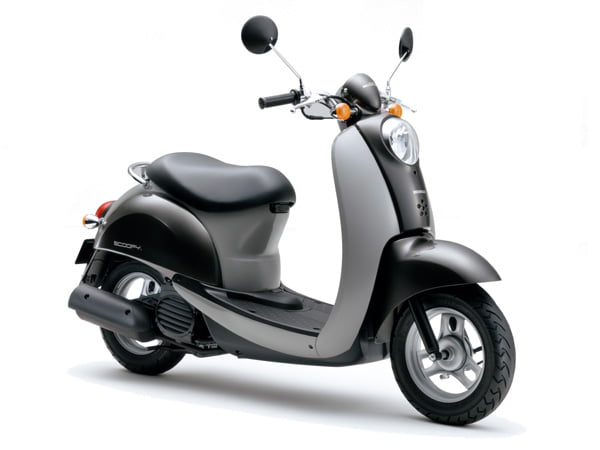 Honda Scoopy is likely to be the second of the two new Honda scooters at Auto Expo 2018. The Scoopy scooter is already on sale in the Amaerican market, where it is sold under the ‘Metropolitan’ moniker. This cutesy automatic scooter is also available ion Indonesia. For India, this automatic scooter is likely to come with the same engine that powers the Activa 4G. This means that the Scoopy will offer a max. power of 8 BHP and a peak torque of 9 Nm. Once launched here, it will rival the likes of Yamaha Fascino and Vespa LX. 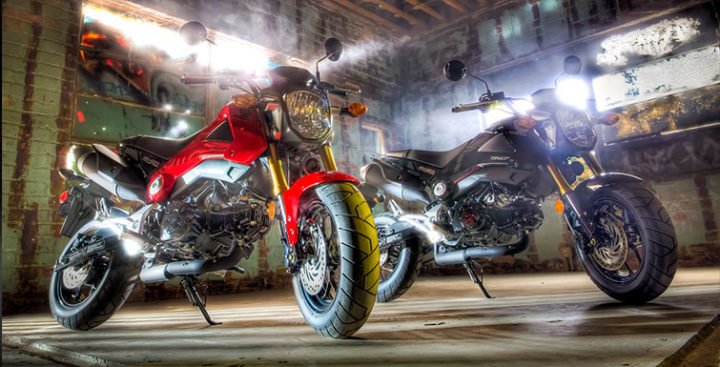 Honda Motorcycle and Scooter India (HMSI) is testing the Grom MSX125 on Indian public roads! Yes, this could be an indication of an imminent India launch. We are pretty sure that the new mini-motorcycle will launch at the Auto Expo 2018. The bike is likely to have a starting price of Rs 62,000. Powering the Grom is a 124.9cc engine that outputs a max. power of 9.7 BHP and a peak torque of 10.9 Nm. There are very good chances that this new motorcycle will be promoted as a sporty offering to catch the attention of young bike enthusiasts. Hence, it will be targeted at mainly the college-goers and teeny bloopers. 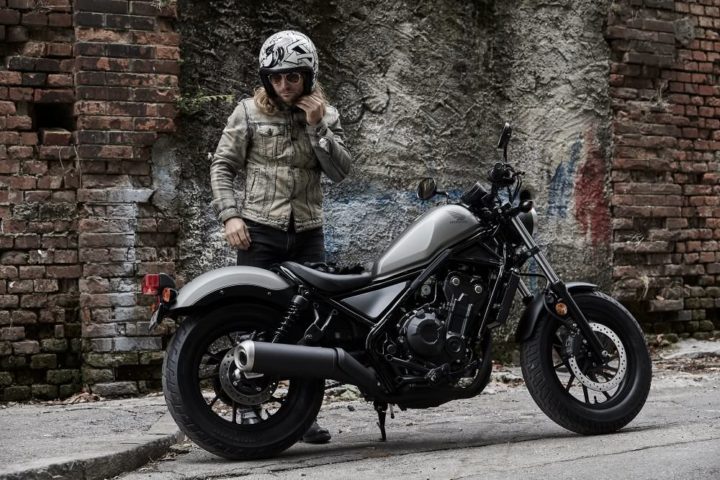 This is the bike that will finally enable HMSI to rival