TVS is among the few sport bike manufacturers in India. You need not look any further than its Apache range of bikes to know what the brand is capable of. However, outside of the Apache RTR 200 4V, its bikes are quite old now. With Auto Expo 2018 coming up, TVS will likely give its Apache lineup a makeover with some new showcases at the show. We are also likely to see some new additions to the Apache lineup at the Auto Expo 2018. With that in mind, here’s a list of all the TVS Bikes at Auto Expo 2018 that you can expect to see at the show. 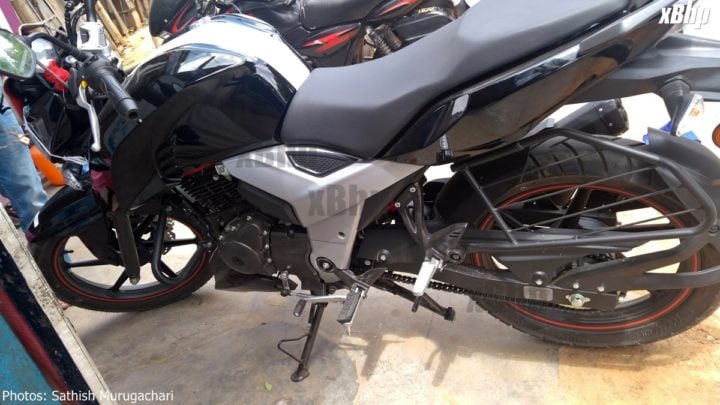 The Apache RTR 160 has been giving the Pulsar 150 a tough time in the Indian motorcycle market. Hence, from the perspective of an average bike buyer, the Apache RTR 160 is perhaps the most important new launches from TVS. The Matte Blue version of the bike seems to be the swan song of the current generation of Apache RTR 160. The next-gen Apache 160, as a result, will be an all-new model with new styling elements, features, parts and a more powerful engine (likely). The new Apache RTR 160 will likely be positioned as a direct rival to the Pulsar NS 160. Hence, its price is expected to start from Rs 80,000. 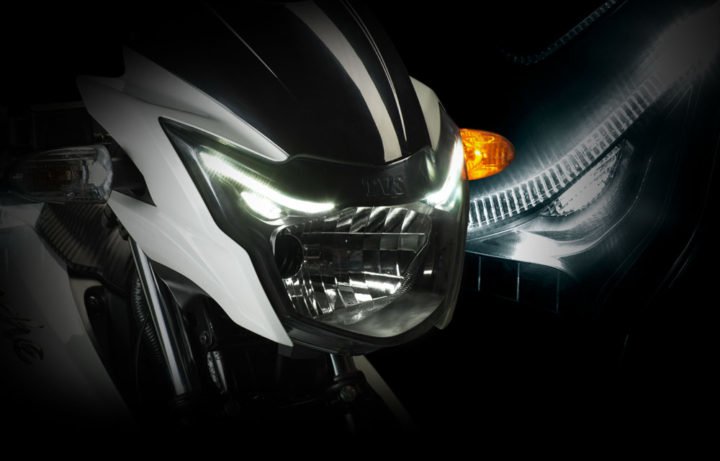 Continuing in the same vein as we talked about the Apache RTR 160, the RTR 180 version will likely enter a new generation too. After all, it also has got the Matte Blue Edition and has not been updated since. In its new generation, the Apache RTR 180 will get new styling, a more powerful engine and more features. Do expect to see a monoshock unit handling suspension duties at the rear of the bike.

Other notable changes will likely include a fully-digital speedo console and may be even backlit switchgear. ABS will also likely be carried over from the current generation bike to the next-gen one. The engine of the Apache RTRT 180 will likely be massaged for more power and torque production. Lastly, this bike bike is likely to stick with a five-speed gearbox, but may get a six-speed transmission too. 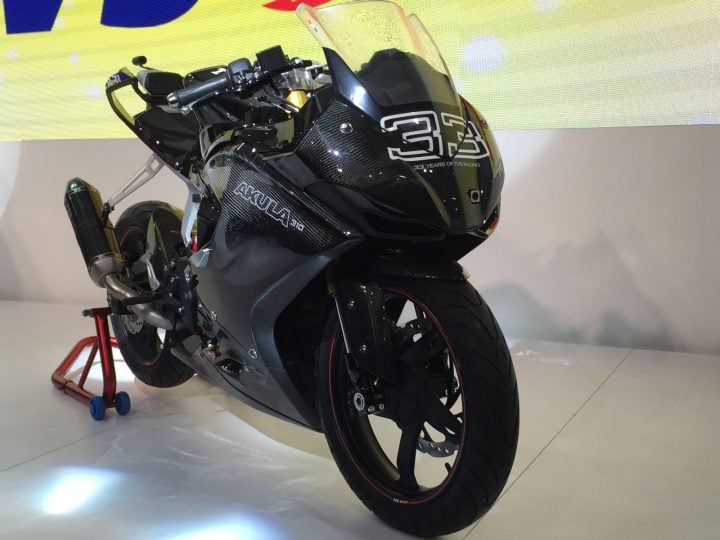 Partnering with BMW Motorrad has benefitted TVS Motors. The Apache RTR 310S is a proof of that. Sporting the same engine as the BMW G 310 R, TVS has been able to make a race bike. So, expect the RTR 310S’ engine to be more powerful than that of G 310 R. This bike was showcased at the Auto Expo 2016 where it wowed the audience. Other mechanical bits likely to find their way on the bike are upside down fork up front, monoshock at the back, disc brakes at both ends, ABS and a fully-digital speedo console. 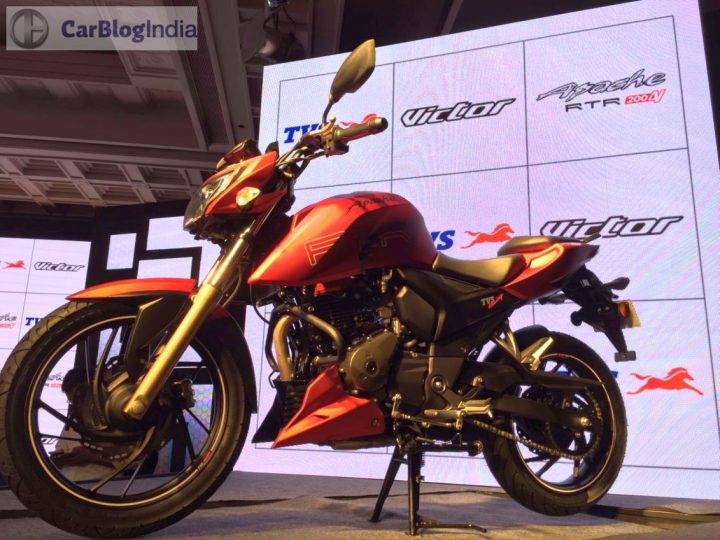 The Apache RTR 200 4V is the biggest Apache you can buy till date. It is available in different variants. Out of these, the most-awaited one is perhaps the fuel-injected one. The fuel-injected Apache RTR 200 will perhaps be the range-topping RTR 200 4V, replete with ABS and Pirelli tyres. As per TVS’ website, Bosch has developed the RTR 200 4V’s fuel-injection system. The rest of the bike will be the same as the carbureted version that is one sale today. The fuel-injected RTR 200 will have slightly higher top speed than carbureted bike, thanks to a 1PS increase in power. The bike will also have KYB-tuned monoshock at the back and dual-channel ABS. 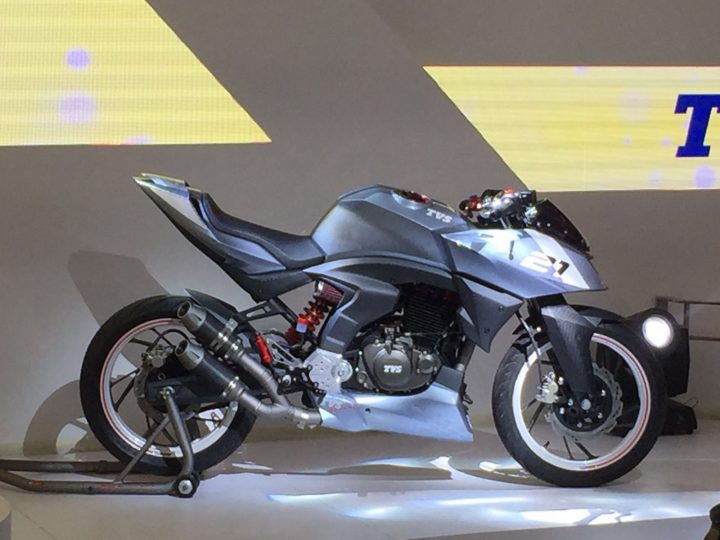 The TVS X21 is the Apache RTR 200 4V all prepped up for race track use. To that end, it has the same 197.7cc engine as the Apache RTR 200 4V. The only difference is that X21 gets a fuel-injected version of the engine. Expect the bike to sport a production-ready look at Auto Expo 2018. Post its showcasing at the auto show, this bike will likely see some track duty in the TVS one-make championship before heading to the showrooms. 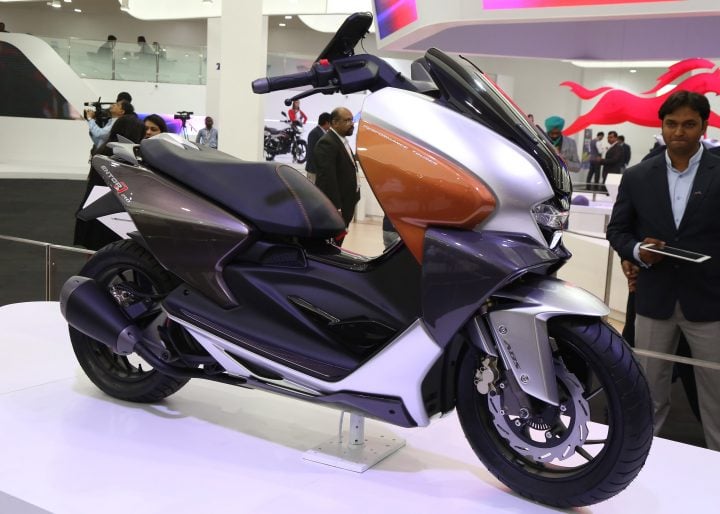 The EntorQ 210 has previously been showcased at the Auto Expo 2016. THis scooter will likely be a performance scooter. To that end, expect it to come equipped with a 125cc engine that has fuel injection and liquid-cooling. Expect to see this scooter to sport a more production-ready look at Auto Expo 2018. Expect it also retain features such as front disc brake, upside down front fork and ABS from the concept version.

The IQube is a hybrid scooter from TVS that is likely to come to India in 2018. Hence, it will most likely show up at the Auto Expo 2018. This scooter sports a carbureted, single cylinder, 100cc engine paired to an electric motor. However, the petrol engine acts as a range extender  while primary propulsion is provided by the electric motor. However, this scooter will likely cost a pretty penny. After all, it is a hybrid scooter and hence, will attract the maximum 28 per cent GST upon launch. 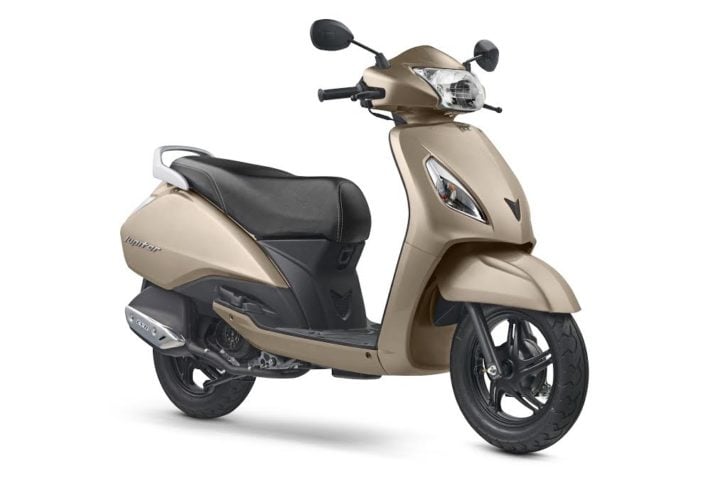 TVS will also come up with an electric scooter at the Auto Expo 2018. This scooter will have an electric motor and rechargeable LiON batteries. It will borrow heavily from the Jupiter.

We will keep updating this post as and when we get to know about the showing of TVS bikes at Auto Expo 2018. Stay tuned to Car Blog India.