KTM Duke 200 gets a dual-channel ABS setup. The entry-level KTM bike with ABS is priced at Rs 1.60 Lakhs (ex-showroom prices). The non-ABS variant is also available at showrooms.

KTM has introduced the ABS variant of Duke 200 in India. ABS variant is priced at Rs 1.60 Lakhs, around Rs 9,000 more expensive than the non-ABS variant. It gets a dual-channel ABS setup by BOSCH, which comes in all KTM bikes.

KTM Duke 200 ABS is now available across all dealerships in India. The bike is available in Orange, White and Black colour options. 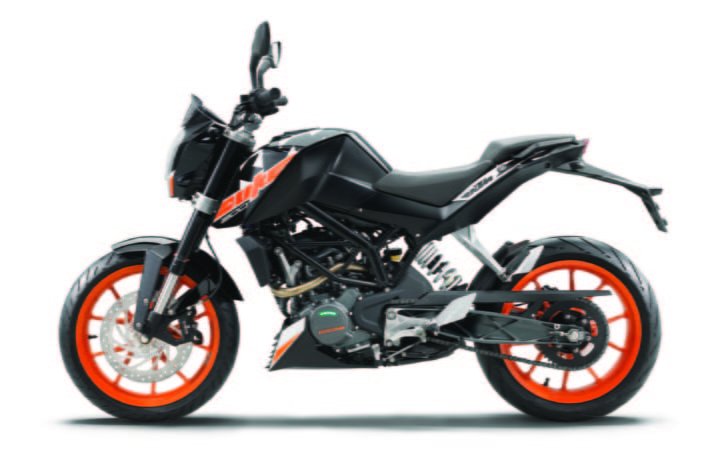 Now, RC 200 is still left with the update of ABS. However, the fully faired sportsbike will soon get ABS variant. The non-ABS variants might soon be discontinued until stock lasts.

The safety update comes in the wake of Government’s regulations for all the two-wheelers above 125cc to feature ABS. Two-wheelers under 125cc must be equipped with the combined braking system.

Duke 200 is powered by a 199.5cc liquid-cooled fuel injected engine. The engine produces 24 BHP of max. power and 19.2 Nm of peak torque. The engine comes mated to a 6-speed gearbox.

For braking purposes, it continues with the 280mm single disc brake at the front and a 230mm disc at the back. It uses USD forks for suspension up front and mono-shock absorbers at the back. Its proper racing fitments include a race trellis frame and an aluminium swingarm suspension. 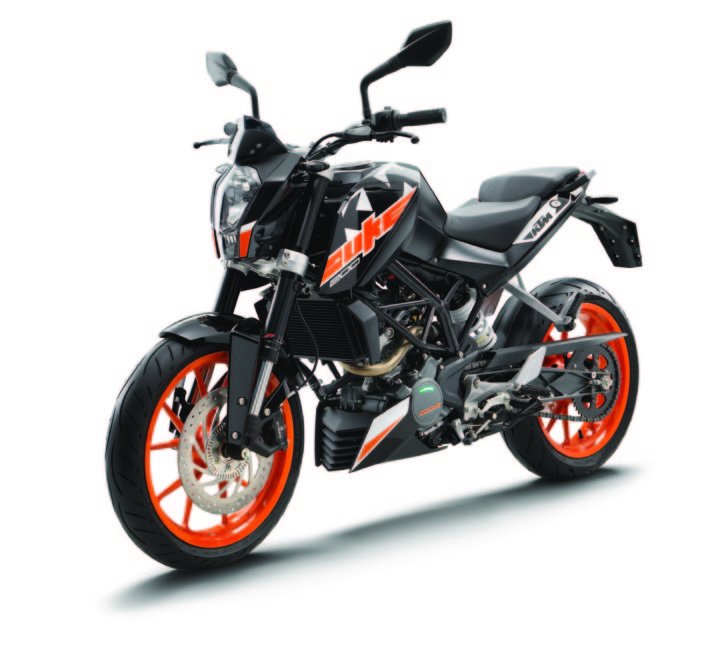 KTM Duke 200 comes with a 12.5-litre fuel tank capacity. Claimed mileage of the naked bike is around 35 kmpl, which gives it a riding range of Rs 385 kms on a full tank. The recorded top-speed of the bike is 135 km/hr, which is much higher than other 250cc bikes.

KTM Duke 200 competes with the likes of Bajaj Pulsar NS200, TVS Apache RTR 200 4V and Hero Xtreme 200R. Since it is a performance bike, its identity and purpose are a bit different. That’s why it is priced much higher than the regular 200cc bikes.