Interestingly enough, the not-so-popular small car in India, Maruti A-Star is one of the best sellers by Maruti Suzuki India in the export markets and is sold in over 100 countries across the world in 136 variants and many names like Suzuki Alto and Suzuki Celerio etc. Maruti Suzuki started exporting A-Star in January 2009 and it has exported over 3,00,000 units in just over 3 years! The other high demand export models of cars include Maruti Alto and Maruti 800 which have sold about 2,50,000 units and 2,26,000 units in export markets across the world. 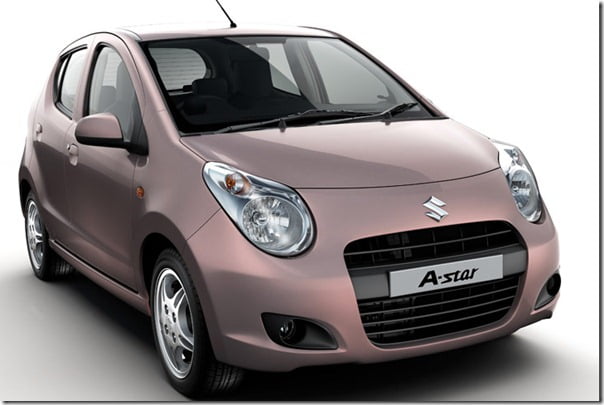 Recently Maruti Suzuki India launched a refreshed new model of Maruti A-Star in India with some new features like beige interiors and upholstery, split seats at rear, new alloy wheels and special colour options etc. to improve the domestic sales of Maruti A-Star in India. We will keep you posted on the updates from Maruti Suzuki India, stay tuned to us by signing up for our free email newsletter and like our official Facebook Page.