The Renault Duster is a very important car for the French automobile giant not just in India, but internationally as well. The Duster has been in the market for quite some time now. It did pretty well for a large part of its career, but age seems to have finally caught up. Renault India did launch the Duster facelift earlier this year but the Hyundai Creta still outsells this old warhorse. Now, the manufacturer plans to launch the new model Renault Duster 2017. The second generation Duster could launch in India in 2018. It could be called as Renault Grand Duster 2017. The new model Renault Duster 2017 will be bigger than the current car. Furthermore, it will get a 7 seat version apart from the standard 5 seater. The 2017 Duster will be a totally new car. Read on for more on the new model 2017 Renault Grand Duster. 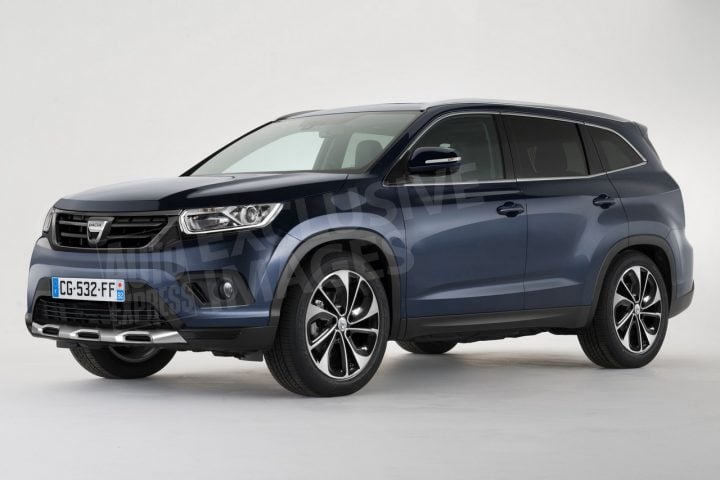 The second generation Renault Duster 2017 is likely to make its global debut at the 2017 Frankfurt Motor Show in September, 2017.

The 2017 Renault Grand Duster will make its international debut in 2017. However, market launch won’t happen before 2018. India launch is likely to take place in the later half of 2018. Expected to be more feature rich and much more spacious than the current model, it will also be a tad pricier. A 7-seat layout will give the Duster an advantage over the Creta. Also, more seats will enable it to take the fight straight to the Honda BR-V and Mahindra XUV500. Renault also has the Kaptur small SUV in the pipeline for India. It could arrive in showrooms in the second half of 2017.

The next generation Duster will cost slightly more than the current model. Expected price range should be Rs. 9.00 lakh to Rs. 15 lakh. While Renault has not given any confirmation, the manufacturer is likely to launch the Kaptur small SUV in India as well. This SUV sits in the same segment as the Creta, but is slightly more premium than the Duster. It will be interesting to see how the Kaptur is positioned in our market in relation to the Creta.

According to certain reports, the next gen Duster will be sold in 5-seat and 7-seat avatars. In order avoid a price overlap, Renault could launch only the 7 seat version of the 2017 Duster and position it above the Kaptur.

The new model Renault Duster 2017 will be manufactured in two versions; 5 seat version and 7 seat version. The former will debut a year before the 7 seat version. The next generation will be based on Renault-Nissan’s CMF platform which also underpins the recently launched Renault Kwid. A major increment in length and width is not expected, but the Duster will certainly grow in length measuring around 4.5 meters as opposed to the current model’s 4.3 meters. The 7 seater Duster could measure even more at 4.7 meters. 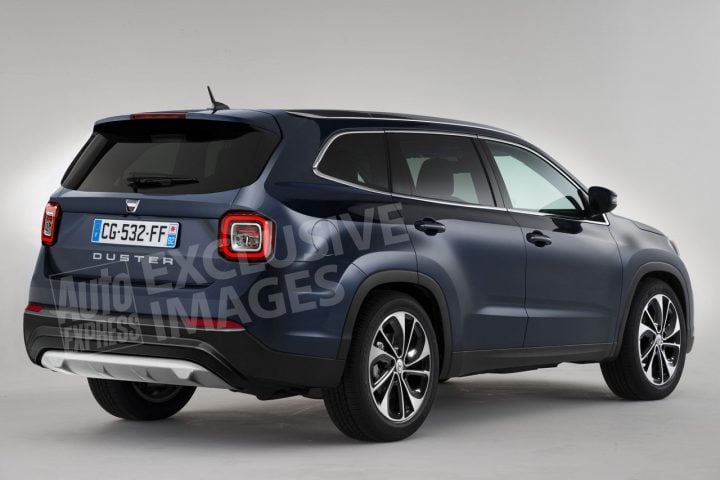 While the Duster will continue to use a combination of petrol and diesel motors, it will feature new engines with more power and mileage. Furthermore, both engines will get an optional AWD system as well. These engines might be a part of a new line of engines being developed by Renault. Renault is also said to be working harder on the interior design and quality, something that is a bit of an issue with the current model.

The 2017 Renault Duster will be based on Renault-Nissan’s flexible CMF platform. For the Duster, the manufacturer will utilize the CMF-B platform. However, for the India market, this could prove to be too expensive. Therefore, Renault might consider using a modified version of the current Duster’s B0 platform.

Akin to the current model, the 2017 new model Renault Duster will rival the following cars-

Here are some render images of the new model Duster-

The new 2017 Renault Grand Duster will be longer, wider and taller than the current model. Built on the updated Logan platform, the Renault Small SUV could measure as much as 4.7-metres in length. This is a considerable increase over current Duster’s 4.31 metres. The front fascia is expected to have a more premium look. While the 2017 Duster might look slightly less rugged, it will definitely look more modern and sophisticated. The exterior panels are expected to feature bold creases. Renault is said to be working on two versions of the upcoming new 2017 Duster. Apart from a standard 5 seat version, there will also be a 7 seat version of the SUV. This particular variant is likely to appeal more to buyers in markets such as ours.

On the inside, the car will get a new dashboard and a different setup. It should get a new Silicon Black color theme for lower variants and Federer Grey theme for higher variants. Obviously, the 2017 Renault Duster will be more spacious and will provide higher comfort levels too. It will also get a longer list of features and could get cooled glovebox and touchscreen infotainment among other things. Renault will also launch a 5 seater version of the 2017 Duster. While this model won’t be as spacious as the 7 seat version, it will still offer more space than the current model. Also, the 2017 Renault Duster’s interior will be made up of more premium materials. Except full leather upholstery on top variants. In terms of safety, it will get 6 airbags, ABS, EBD, Reverse Parking Sensors and Camera and Security Alarm.


The Renault Duster is a very strong contender in the small SUV space. However, the likes of the Mahindra Scorpio and the Hyundai Creta have had a major impact on the sales of the SUV. A 7 seat version with improved interiors will go a long way in strengthening the Renault Duster’s position in the market and will help enable it to take the fight to the Mahindra Scorpio and the Honda BR-V and the Tata Safari as well. The new model Renault Duster 2017 will be unveiled by the end of 2017. Its launch is likely to take place in 2018.