The top-end models of the Vitara Brezza rival the Ford EcoSport as well as Duster and the Creta. While these aren’t sub 4-metre offerings, anyone looking to spend 9-10 lacs on an SUV can consider them. Also added to this mix are the Tata Nexon and the Honda BR-V. The former will be launched in India in early 2017. The exact specifications are not known as of now but we do have fair idea about it. Our Maruti Vitara Brezza vs Creta vs EcoSport vs Duster vs BR-V vs Tata Nexon comparison shows how these SUVs fare against each other.

The Vitara Brezza managed to undercut the EcoSport by a considerable margin. However, days after the Brezza’s launch, Ford India decided to slash prices of the EcoSport. The top-spec Brezza trims do not enjoy a significant price advantage over the EcoSport anymore. The Hyundai Creta and the Renault Duster are slightly pricier offerings, but they are bigger in size. The BR-V is similarly priced to the Creta and the Duster. As far as the Tata Nexon is concerned, its pricing will be comparable to Brezza and EcoSport. The vital role in the outcome of this Maruti Vitara Brezza vs Creta vs EcoSport vs Duster vs BR-V Tata Nexon comparison is played by the price. And the Brezza takes a huge lead here.

The exteriors of the Vitara borrow heavily from concepts that were showcased at previous editions of the AutoExpo. Which means you can get a smart looking exterior influenced by the iV-4 and XA-Alpha. However, some might find the exterior of the Brezza a bit mundane. The Creta, EcoSport and Duster have all been very well received in terms of design. The Nexon is easily the most stylish of the lot. The Honda BR-V has strong hints of the Mobilio in its design, but a smart new face, new tail and increased ride height give it an identity of its own.

The Hyundai Creta and the Ford EcoSport come loaded with features and the Maruti Vitara Brezza is equally matched, if not better, in this aspect. The facelifted version places the Duster at par with its competitors. The EcoSport is currently the only product here without a touchscreen infotainment system on offer. Maruti will also offer a bunch of customization options for the Brezza including a dual tone paint scheme, interior highlights, accessories, etc. Honda BR-V comes with a similar set of features complete with a touchscreen infotainment system, auto aircon, projector headlamps, etc. Judging by recent Tata products, the Nexon will also come loaded to the brim with features. 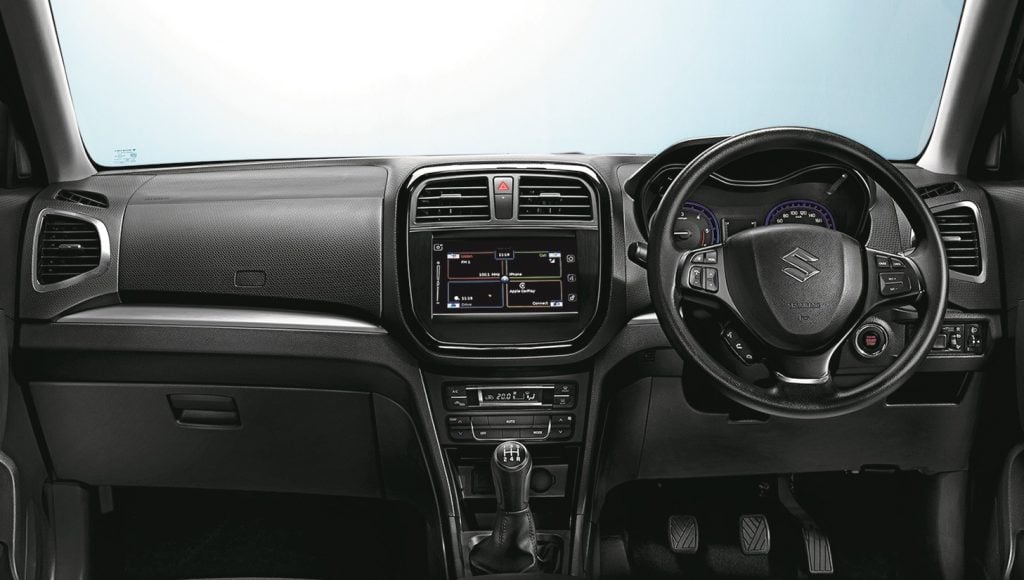 The Maruti Vitara borrows its powertrain from the Ciaz and thish means it gets a 1.3-litre diesel unit. The EcoSport’s 1.0 litre EcoBoost is the most powerful petrol engine while the Creta’s 1.6-litre unit is the most powerful diesel unit here. However, we should point out that the Brezza does not have a petrol engine in its lineup yet. As of now, only the Creta and the Duster facelift are available with a diesel automatic option. The EcoSport is the only petrol SUV that gets an AT. Only the Renault Duster is available with an optional AWD. Honda BR-V to utilises the same 1.5 L diesel that powers the City/Jazz/Mobilio/Amaze, while the petrol will be borrowed from the Mobilio/City. For the Nexon, Tata is developing all new engines including a 1.5 L diesel and a 1.2 L turbo petrol.

Maruti has worked hard on the development of the Vitara Brezza and understandably so. The competition is tough and all three are well-established rivals. Pricing is, as always, is very aggressive, which tilts things in favour of the Vitara Brezza, but the recent price cuts witnessed by the EcoSport negates that advantage. In terms of other aspects, the EcoSport and the Creta boast of the most powerful petrol and diesel motors respectively, while the Duster is the only product that offers an AWD option. The BR-V’s biggest advantage is the higher seating capacity.It is available with seating for 7 occupants. The Tata Nexon will aim to draw customers with the help of its striking design and aggressive pricing. The Nexon will be launched in early 2017 so watch this space to find out which of these small SUVs is worth your money.