After tasting success in the middle-weight category with the Dominar 400, BAL could finally roll out the Bajaj Pulsar RS400

Bajaj Auto Ltd has repeatedly hinted at the fast-approaching launch of the biggest Pulsar flagships ever. Bajaj launched the Pulsar RS 200 and the Adventure Sports models in 2016 and Mr Rajiv Bajaj, MD, Bajaj Auto, later hinted that even the Pulsar 400cc launch is on the anvil. From this, it’s clear that the 400cc Bajaj Pulsar is under development and our understanding is that it will be ready for market introduction later this year. However, it could first launch in Thailand. In that market, there is a better demand for mid-sized engines. RS400 will carry slightly different looks when compared to the Pulsar RS200. Of course, the RS 400 will then launch in India and will rub shoulders with the equally promising Dominar – a motorcycle based on the CS400 concept that shared floor-space with the faired flagship Pulsar back at the Auto Expo 2014. Here, in this post, we have a set of new renderings of the Bajaj Pulsar RS400 from abin_designs_511 on Instagram along with all the available details –

RS400 will borrow its engine from the Dominar 400, or the KTM Duke 390. The power figures are likely to be the same as seen on Dominar. After Indonesia, the bike will head out to the Indian market. Read ahead to know more about the upcoming Bajaj Pulsar RS400 with its expected price, mileage, launch date, specs and more.

In essence, the Pulsar RS400 will be a not-so-distant cousin of the KTM RC390 and much like the Austrian model, would have a full front fairing and sporty ergonomics. Powering the bike is the same 373.2cc single-cylinder engine. The Pulsar RS400 could offer 42 PS-34.5 Nm. Its engine will feature BAL’s DTSi Triple Spark Plug technology. The 400cc model could have a top speed of roughly 175 km/h. It will boast disc brakes at both ends and even have stylish 17 inch alloys. Here’s the Bajaj Pulsar Rs400 specifications table based on our estimates.

The Pulsar RS400 Mileage could be roughly 26 kmpl. Mileage will be a bit lower than the CS400 because of higher kerb weight. 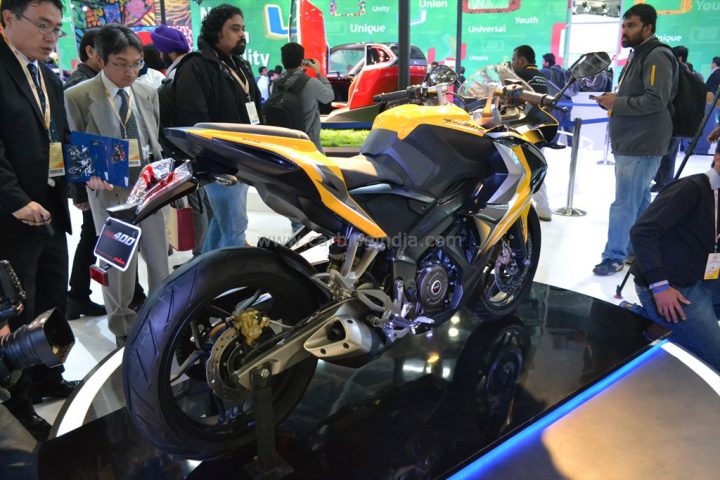 The Pulsar RS400 will adopt a different design than the RS200. While the overall styling might be similar, the only little differentiation comes from a raised handlebar. The RS400 will be positioned as a sports tourer and not a faired sports bike like RS200. It will boast of a full front fairing that will house twin projector headlamps. Furthermore, the headlamps will be accompanied by LED DRLs. There will be a large windscreen up front which should offer sufficient wind protection. Moving on, it will get a split seat setup. The tailpiece looks sufficiently modern but isn’t the prettiest of designs. The LED taillamps look bold enough. 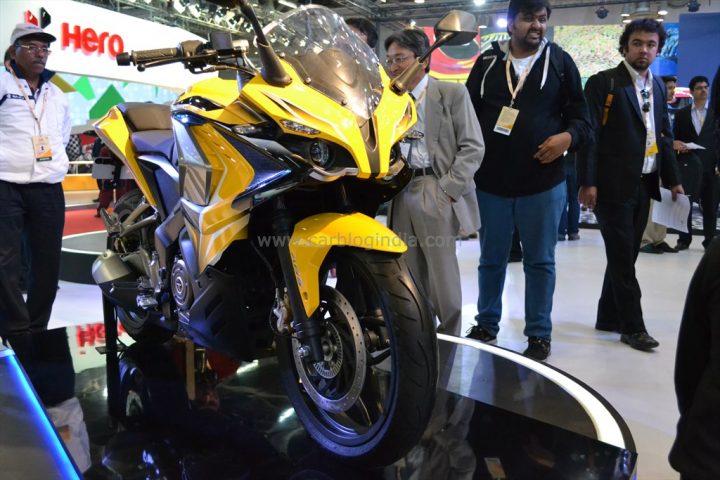 The Pulsar RS400 will be rivalled by many models, including its own sibling, Dominar 400. Other than this, it will even face heat from the KTM RC390, TVS Apache RR310 and the Benelli TNT 300. In fact, the RS400 could even indirectly rival the BMW G310R. Stay tuned to Car Blog India for the latest news on cars and motorcycles relevant to India. Also, watch this space for more updates on the Bajaj Pulsar RS400 Launch date, price, and specifications.