The Mahindra XUV500 is one of the most successful models from the home-grown UV manufacturer till date. The XUV500, thanks to its butch design, attractive prices, many features and decent off road capabilities, has managed to establish a really strong foothold in the ultra competitive SUV space. The XUV500 comes with the 2.2-litre mHawk Turbo Diesel engine with two transmission options- 6-speed Manual and 6-speed Automatic. There’s even a 4×4 hardware on offer. However, the XUV500 doesn’t have a petrol engine on offer. With competition growing with every passing day, the Jeep Compass, for example, has attracted the attention of many prospective XUV buyers, Mahindra plans to come up with a petrol engine for its popular SUV. The Mahindra XUV500 Petrol model will launch in a few months and here are all the details- 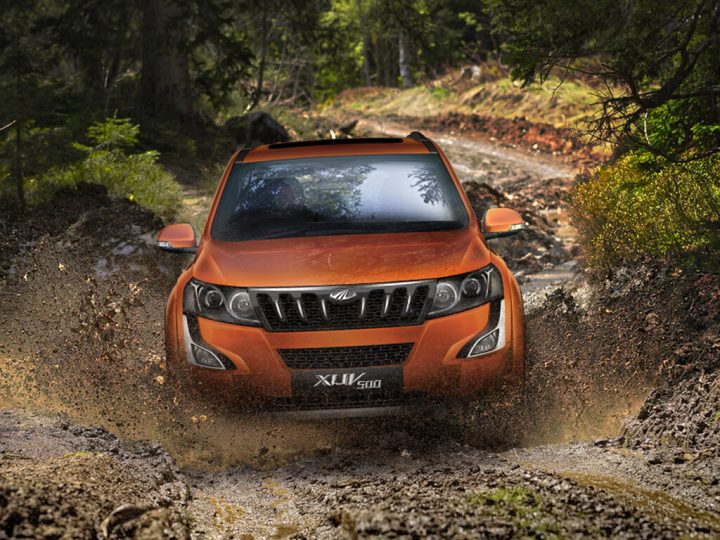 Mahindra is also working on a facelift for the XUV500. Nothing is for sure at the moment but we won’t be surprised to see the new petrol model of the XUV500 getting launched along with the facelift. The 2017 Mahindra XUV500 facelift is likely to get styling changes and updates to the interior. Also, Mahindra might retune the 2.2 L diesel that powers the SUV to produce more power and torque.

While the exact launch date is unavailable at this moment, expect the new XUV500 Petrol to launch during the last quarter of 2017. Mahindra also plans to launch a Scorpio facelift, XUV300, XUV700 and TUV500 in India. It’s expected that most of these new models will be offered with both Petrol and Diesel engines. Mahindra is said to be working on three new petrol engines – 1.5-litre Petrol, 1.6-litre Petrol and 2.2-litre Petrol.

The XUV500 petrol model will be cheaper than the Diesel. We say this because naturally aspirated petrol engines have traditionally been cheaper than their Diesel counterparts. Also, the fact that there won’t be a turbocharger for this engine hints at a competitive price. Finally, the upcoming 2.2-litre Petrol engine will be based on the mHawk Diesel engine. The fact that Mahindra won’t have to develop this engine right from the scratch should further help it with saving money on the development costs of the motor.

Currently, the XUV500 is available with a 2.2 L mHawk diesel that puts out 140 BHP and 330 Nm. The new petrol engine for the XUV500 will be based on the Diesel motor. There could be an increment in power but a decrease in torque figures. The Petrol engine option might not get the 4×4 mechanism. But Mahindra will continue to offer the XUV500 with 6-speed manual and 6-speed automatic transmissions. It may be noted that the Tata Hexa doesn’t have a petrol engine option. Hence, this is one area where the Mahindra XUV500 might be able to leave a dent on the sales of the Hexa.

The same petrol engine is also likely to go under the hood of the Scorpio. Even the Scorpio will soon receive a facelift and the petrol engine option is likely to debut with the new look. Like we said, Mahindra has been working with SsangYong to develop a new family of petrol engines. A new engine from that lineup could power XUV500 Petrol.

Being a big displacement petrol engine, the XUV500’s gasoline-burning motor won’t be too fuel efficient. We are expecting a peak mileage of around 11 KMPL.

The upcoming petrol model will debut with the facelift. Hence, it will carry a handful of updates over the regular model. Here’s what we expect the updated features list to be like-

In essence, there won’t be a difference in the design of the Petrol and Diesel models of the XUV500. However, the petrol XUV500 is likely to debut with the facelift, which means it will carry all the upcoming updates right from its launch. The facelift could come with a new front bumper and grille. The headlamps and tail lamps are also expected to receive some revisions. Also, there are high chances of the facelift coming with a new set of alloys and new paint options. On the inside, expect to see the inclusion of new features and a change in the general colour scheme. More details will be available closer to the launch of the new 2017 Mahindra XUV500 facelift. 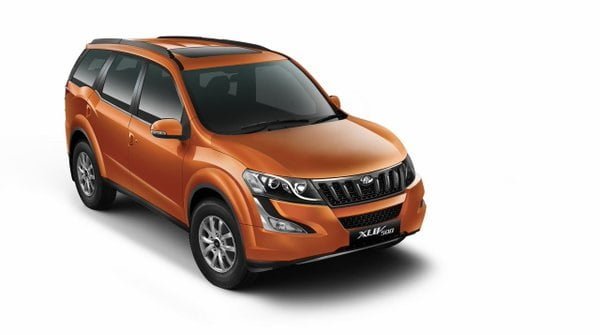