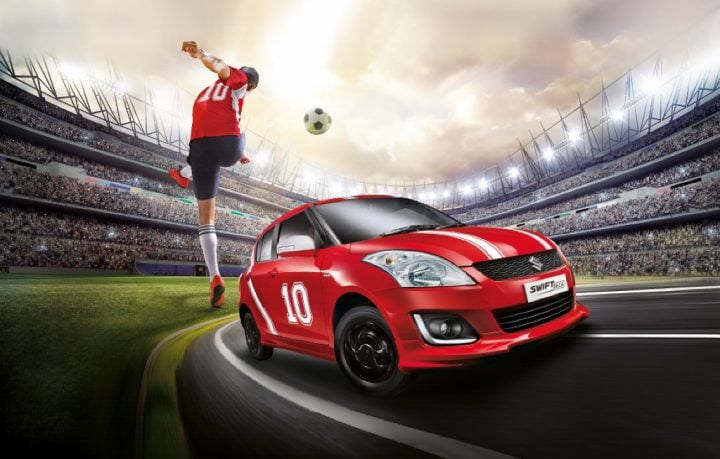 The new Maruti Swift Deca Limited Edition comes with many new features. These include-

No changes have been made to the engine. Hence, fuel mileage remains same as the standard models.

As we said, no mechanical changes have been made. Hence, the new Swift Deca remains the same as standard models in terms of technical specs. All the changes/additions on the Deca are merely superficial. 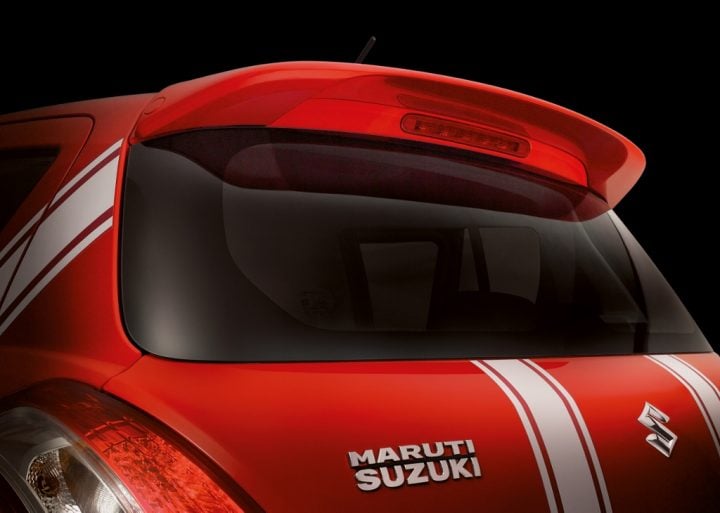 The Swift Deca definitely looks sportier than standard variant. It gets racing strips, some cool body graphics, skirts and a rear roof spoiler. Maruti says that the “Swift Deca is a tribute to one of sport’s ultimate symbols of glory – the number “10”. This holds especially true for football, where the best players in the game’s history have proudly carried the legendary “10” on their backs.” Maruti says that its Swift Deca goes on to celebrate and share the success of such high performers. Highlights of the exterior include- 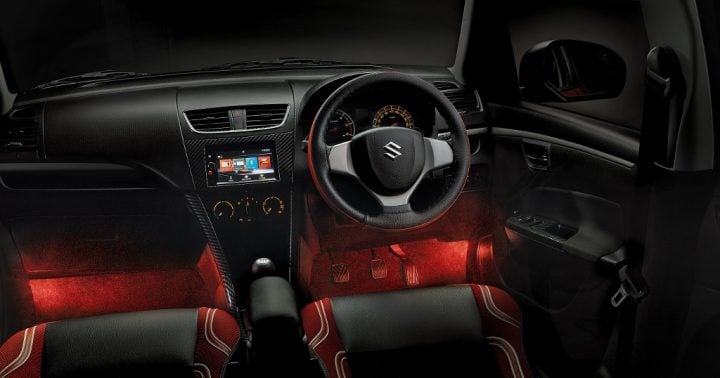 There’s a touch of sportiness even on the inside. The Swift Deca gets new seat upholstery. This Black-and-Red theme continues throughtout the cabin via red ambient light, steering wheel cover and floor mats. The Swift Deca gets a front centre armrest. There’s also a new music system that supports Bluetooth and telephony. Here are the highlights of the interior-

The car is mechanically same as standard models. Hence, the Swift Deca comes with a 1197 cc Petrol engine and a 1248 cc Multijet Diesel engine. These engines output 83 BHP and 74 BHP respectively. Both the motors come mated to a 5-speed manual transmission. There’s no automatic transmission for the Swift Deca Limited Edition.

Maruti will launch the next generation 2017 Maruti Swift late next year. The 2017 Swift looks sportier and more premium. It is expected to come with re-tuned engines. Underpinning the all-new 2017 Swift will be the new Baleno’s lightweight platform.

Stay tuned to CarBlogIndia for more on the Maruti Swift Deca Limited Edition Price and other details.