Maruti will launch the Ignis micro-SUV in India around the end of this year. With India’s love for SUVs at an all-time high, Maruti is sure to benefit from it. As they did in the Vitara Brezza‘s case, which has become a runaway success for MSIL. Although the only direct rival to the Ignis we can think of will be the Mahindra KUV100, mid-level and top-level trims might find themselves competing with the entry-level trims of the Brezza. In this post, we will compare the two small SUVs based on price, specifications, mileage, dimensions and more. Read our Maruti Ignis vs Vitara Brezza comparison for more. 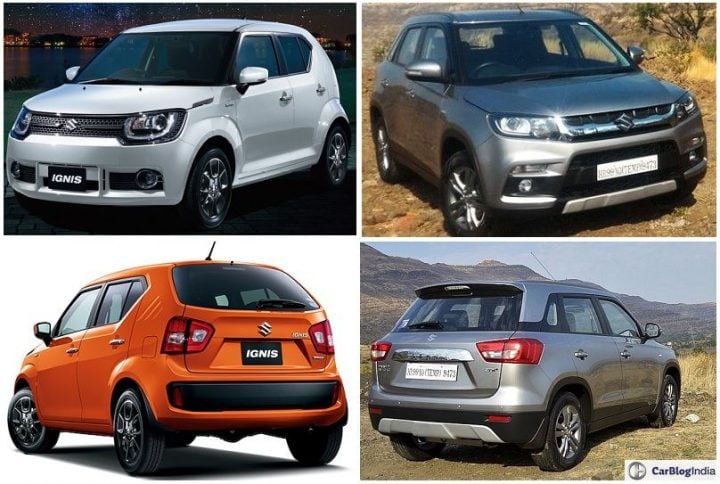 If our estimates are anything to go by, the mid and top level trim of the Ignis will be comparable in terms of price to the Brezza’s entry and mid level variants. In relative terms, the Brezza is more of an SUV than the Ignis. However, opting for a top-end trim of the Ignis will mean more premium features. Conversely, opting for entry and mid level trims of the Brezza will mean a bigger car and more space. Also, the Ignis will come with a petrol engine as well that will be much cheaper with pricing in the INR 5 – 6.5 lacs range.

Diesel variants of both cars come with the 1.3 L Multijet engine. However, the Ignis’ power and torque outputs are similar to that of the Swift’s. This means the Vitara Brezza is more powerful and boasts a higher torque output. A 5-speed manual gearbox handles transmission duties in both cases. Additionally, the Ignis can also be had with a 5-speed AMT. As we mentioned earlier, the Vitara Brezza is longer and wider than the Ignis and hence, has more interior space and boot space. Maruti does not offer the Brezza with a petrol engine yet. So, if it’s a petrol car you’re looking for, you’ll have to settle for either the Ignis or something else.

Maruti is claiming an overall fuel efficiency of 24.3 kpl for the Vitara Brezza. The Ignis to returns an overall claimed mileage of 26.80 kpl.

Maruti will be selling the Ignis through the Nexa dealership network meant for their premium models. This means the micro-SUV comes with all the bells and whistles. Highlights include dual front airbags and ABS as standard, LED daytime running lights, projector headlamps, touchscreen infotainment system and more. All the aforementioned features are also part of the Vitara Brezza’s equipment list. Again, it will come down to how much you are willing to pay. For instance, with a budget of around 8 lacs, you will either get a fully loaded Ignis or a mid-level Vitara Brezza.

The Ignis is definitely a looker. Some of the highlights include – the big, chrome lined grille up front, which also houses the headlamps. LED daytime running lights, steeply raked rear windshield and more. Add to that SUV-like design elements and you get a smart blend of hatchback and SUV. While the overall look of the Vitara Brezza is certain to please almost everyone, there isn’t much that makes it stand out from the crowd. Maruti designers have clearly played it safe in this case.

On the inside, it’s pretty much the same story. The Ignis gets a very cool dashboard design different from anything we’ve seen from Maruti. While the Vitara Brezza features a functional, but a slightly bland dashboard. For the India-spec model, the cabin will come finished in black and ivory white. It will also get body colour highlights.

This will not be the first occurrence of cannibalism within the ranks of Maruti Suzuki. The Baleno took away a huge chunk of Swift sales. But that’s because of a greater price overlap than we’re expecting in the Ignis’ and Vitara Brezza’s case. At the end of the day, a lot will depend on the pricing of the Ignis. That’s why we will have to wait till it is launched for a more conclusive verdict. 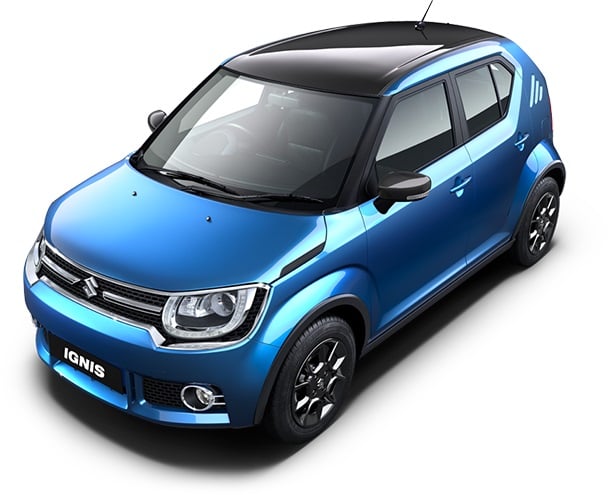