Compact sedans and SUVs/crossovers are among the most popular vehicles in the domestic car market right now. Maruti‘s Swift Dzire is the hottest selling compact sedan right now miles ahead of its competitors. However, now, it might have to compete with a new rival, albeit from a different segment. The car in question is the Maruti Ignis mini-SUV. The two Maruti Suzuki products share the same engines and fall in the same price bracket. Read our Maruti Ignis vs Dzire comparison to find out how they compare with each other. 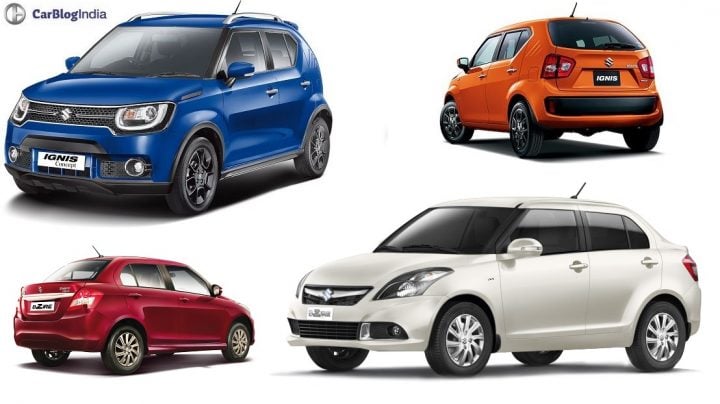 There isn’t a very significant price gap between the Ignis and the Dzire. The top end variants are almost identical in terms of price. While the Dzire is a bigger car with the added bonus of a boot, the Ignis comes with more features. It will be interesting to see how prospective buyers react to the narrow price gap. 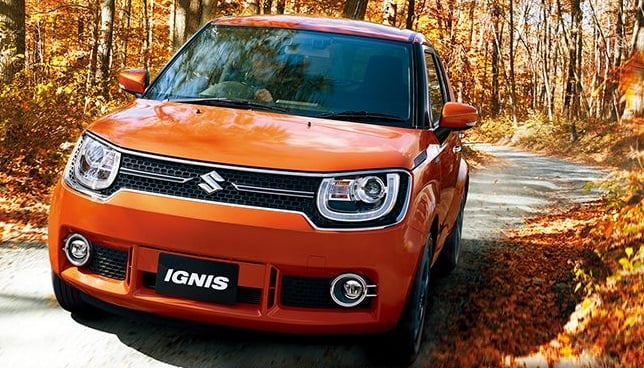 The Ignis employs a 1.2 L Petrol and a 1.3 L Diesel engine. Which is the same engine lineup as the Swift/Dzire/Baleno. Transmission duties are handled by a 5-speed manual or a 5-speed AMT. On the other hand, Maruti Dzire petrol comes with an optional 4-speed automatic while the diesel gets an optional 5-speed AMT. Fuel efficiency, according to ARAI figures, is similar. 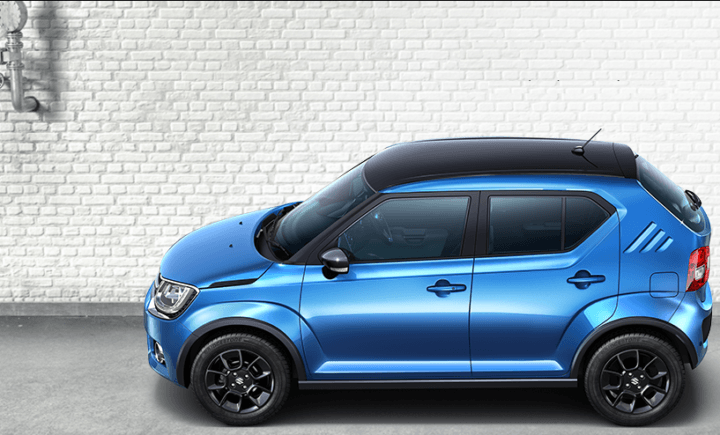 Ignis is shorter but wider than the Swift Dzire. However, it boasts a longer wheelbase.

In Maruti Suzuki’s own words, the Ignis is a premium compact offering. Which means it comes with a long list of features. Highlights include dual front airbags and ABS as standard, LED daytime running lights, projector headlamps, touchscreen infotainment system and more. A touchscreen infotainment system, reverse parking camera, LED DRLs, projector headlamps are some of the features the Dzire misses out on.

Compact sedans aren’t the prettiest cars around the Dzire is no exception. Its stubby boot looks like an awkward addition to the smart looking Swift. The production-spec Ignis will not be too different from the what we saw at the Auto Expo. Bits like the big, chrome lined grille housing the headlamps, LED daytime running lights, etc. add to the Ignis’ style quotient. Body cladding, roof rails and a high ground clearance work well to enhance its SUV appeal, However, the rear looks a bit odd and doesn’t impress as much as the front end.

Maruti Dzire’s interiors are identical to that of the Swift hatchback. But, unlike the Swift’s all-black cabin, they’ve been given a black-beige colour scheme. While the design, as such, doesn’t stand out, it is functional with good levels of quality all around. Ignis also gets dual tone combination of black and ivory white. Maruti is offering the Ignis with their SmartPlay touchscreen infotainment system, something the Dzire misses out on.

With the launch of the Ignis, Maruti now has four cars in the 4-8 lakhs price bracket. With demand for SUVs/crossovers constantly on the rise, the Ignis could turn out to be another success story for Maruti. 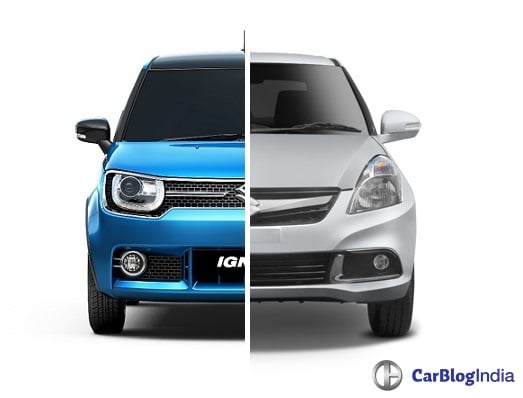