Launched last year, the Baleno has become yet another success story for Maruti Suzuki India. Thanks mainly to a long list of features and attractive pricing. Its major rivals include Hyundai Elite i20, Honda Jazz and Volkswagen Polo. However, there are many other indirect rivals such as the Maruti Dzire. Although they belong to different segments, they fall in the same price bracket and share the same engines. Read our Maruti Baleno vs Dzire post here to find out how they compare with each other. 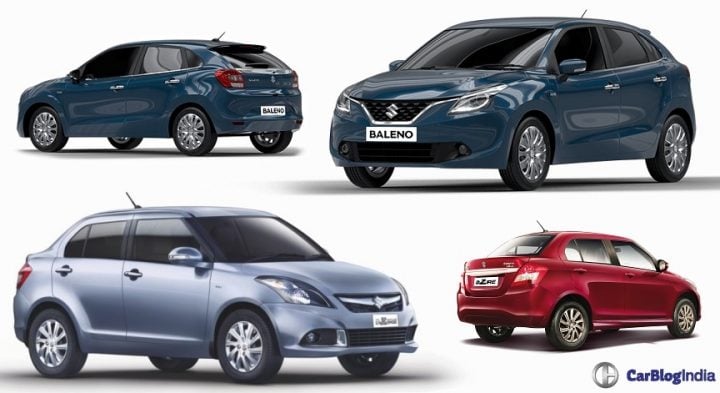 Although the prices of the Baleno and Dzire are quite identical, bear in mind the hatchback is more feature rich than the compact sedan. Top end diesel and petrol variants of the Baleno cost more than the Dzire, but they get a longer list of features.

Also See – Baleno vs i20 vs Jazz vs Polo | Maruti Baleno

Both cars from Maruti Suzuki employ the same engines in the exact same state of tune. The 1.2-litre petrol puts our 83 bhp and 115 Nm. On the other hand, the 1.3-litre diesel is good for 74 bhp and 190 Nm. A 5-speed manual transmission is standard. While the Baleno diesel gets only a manual engine option, the Dzire diesel is available with a 5-speed AMT. Maruti offers the Baleno petrol with CVT, while the petrol Dzire gets a 4-speed automatic transmission. Fuel efficiency of the Baleno petrol and diesel variants is higher.

The Baleno is lighter than the Swift Dzire, which is one of the reasons for its higher fuel efficiency figures. It also has a bigger boot despite being a hatchback. 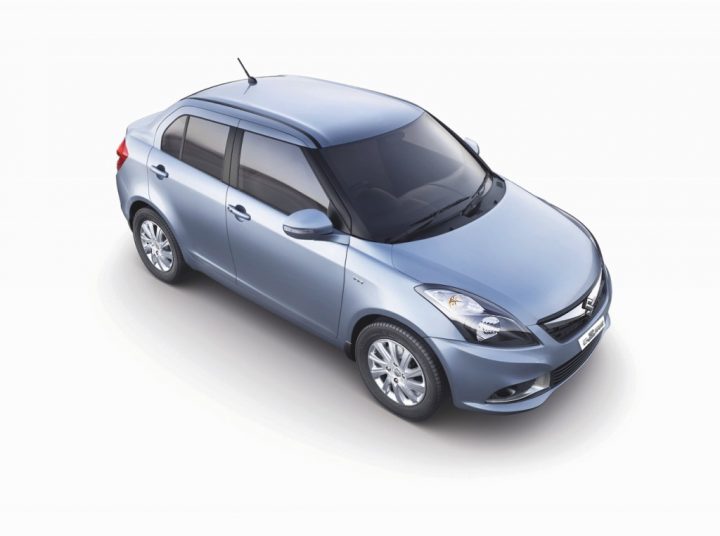 Maruti sells the Baleno through the Nexa dealership network meant for their premium models. This means the hatchback gets certain premium features. Highlights include dual front airbags, ABS, LED daytime running lights, projector headlamps, touchscreen infotainment system, LED tail lamps and more. Maruti Dzire misses out on some of those features. However, it gets all the essentials such as climate control, audio with Bluetooth support, dual airbags and ABS among others.

The Maruti Dzire, like most other compact sedans, isn’t a particularly pretty car. Its nose is identical to the donor car – Swift, but the stubby boot just doesn’t gel well with the overall design. Baleno’s styling seems to have gone down very well with the India car buying lot. Although the exterior seems a bit bulbous from some angles, the Baleno is overall is a smart looking hatchback.

Maruti has given the Baleno an all-black interior treatment. The centre console is one of the best bits of the Baleno’s cabin. Other interesting design elements include the circular auto aircon display and the brilliant looking MID. In comparison, the Dzire gets a much simpler dashboard. However, the layout is neat and quality levels are good too. Both cars get the same steering wheel. Also, Dzire gets a black beige colour theme.

Unless you are dead set on buying a sedan, choosing the Baleno over the Dzire makes a lot of sense. You get more interior space, a bigger boot, more features and higher fuel efficiency. If you’re looking for a sedan or a diesel automatic then Maruti Dzire is the one for you. 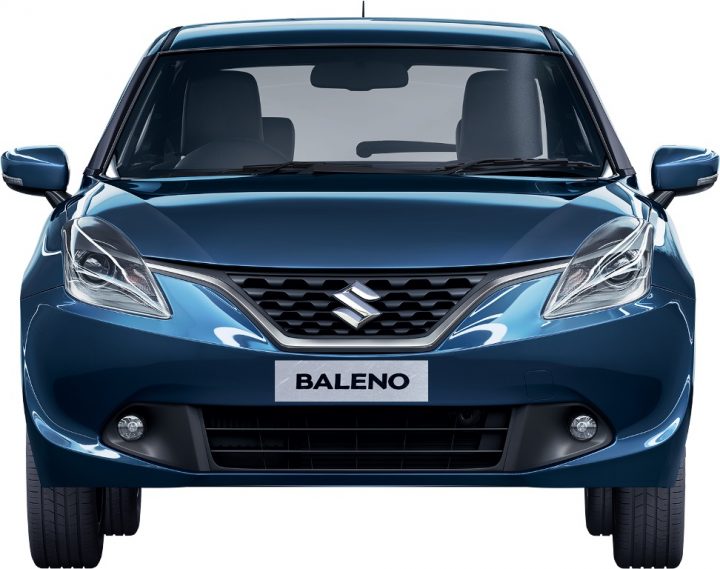