At the 2016 Auto Expo, Renault showcased a couple of concept variants of the popular Kwid hatchback. What’s more, they did talk about putting them into production. And, unsurprisingly, it is the SUV-ish Kwid Climber that has arrived first. The Kwid is already very crossover-like in terms of appearance. The visual upgrades accompanying the Climber variant will only enhance that look. The Renault Kwid Climber has gone on sale at a starting price of Rs. 4.30 lakh (ex-showroom Delhi). 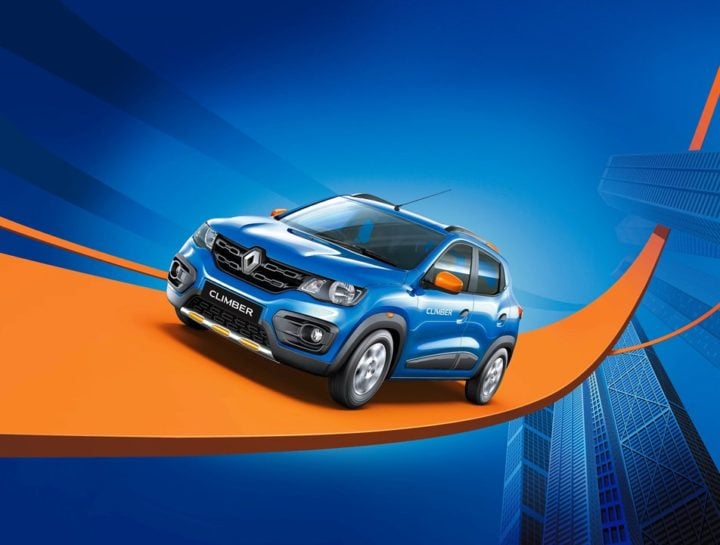 As we mentioned before the launch, the Kwid Climber is based on the 1.0 L RxT variant. The manual variant costs Rs. 4.30 lakh while the AMT variant is priced at Rs. 4.60 lakh. Both prices are introductory and ex-showroom New Delhi.

Speaking on the launch of Kwid CLIMBER, Sumit Sawhney, Country CEO and Managing Director, Renault India Operations, said, “Renault Kwid is a great success, revolutionising the compact hatchback segment in India. At Renault, we are committed to our core specialty of ‘concept innovation’, with the endeavour of redefining a segment, offering new and innovative products to customers. The Renault Kwid CLIMBER has been developed keeping in mind specific customer needs and caters to diverse audiences, becoming the perfect offering for young achievers who are moving up places steadfastly. This new launch reflects our intent to keep pace with global innovations and at the same time make products to suit the local needs.”

Kwid Climber features a 1.0 L petrol engine, the same on that powers the Kwid 1.0. It gets a 5-speed manual transmission and a 5-speed AMT. This 1.0 L unit boasts a peak power and torque output of 68 PS and 91 Nm respectively.

Kwid Climber adds more muscle to the exteriors of the standard hatch. The front and rear bumpers get faux skid plates. The production spec Kwid Climber also features alloy wheels. Based on the official images, the production spec Renault Kwid Climber is a heavily toned-down version of the concept. The only noticeable changes are in the form of black inserts for the front bumper and alloy wheels. Other cosmetic updates include orange wing mirror casing, orange exterior highlights, ‘CLIMBER’ decals and a new shade of blue. 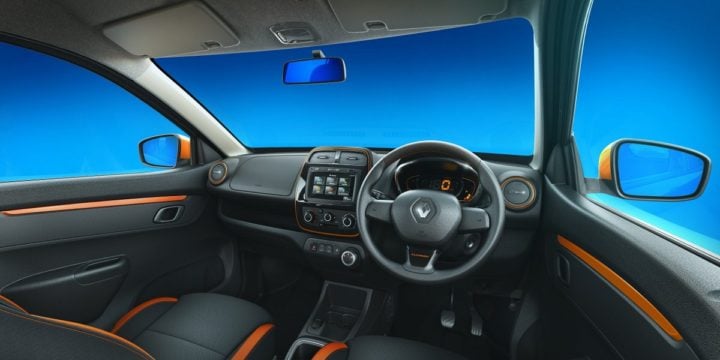 The list of features of the Kwid Climber is similar to the standard car. The new variant of the Kwid is based on the top end RxT(O) trim.

Stay tuned to Car Blog India for all the latest updates on the new Renault Kwid Climber.