Yamaha India is about to launch the Yamaha Fazer 250. The new 250cc bike is based on the FZ25 streetnaked that it launched earlier this year. The Yamaha FZ25 sits above the FZ16 and almost alongside the YZF R15 in Yamaha’s product portfolio. The new Yamaha FZ25 has gone on sale at a price of RS 1,19,500. With such an aggressive price tag, the new FZ25 has everything from a Bajaj AS200 to the KTM Duke 200 in its sights. The new Yamaha 250cc bike for India was earlier speculated to be the MT-03. Some even claimed it to be the M-Slaz. However, it’s now pretty clear that Yamaha has come up with a bike that is tailor made for our market. The new Yamaha FZ 25 should make a lot of sense to the thousands of FZ16 customers. Read on for Yamaha FZ25 Price, Specifications, Features, Images, Mileage, etc. Also See- Also See – Yamaha FZ25 vs Yamaha Fazer 250 | Yamaha FZ 25 vs KTM 200 Duke 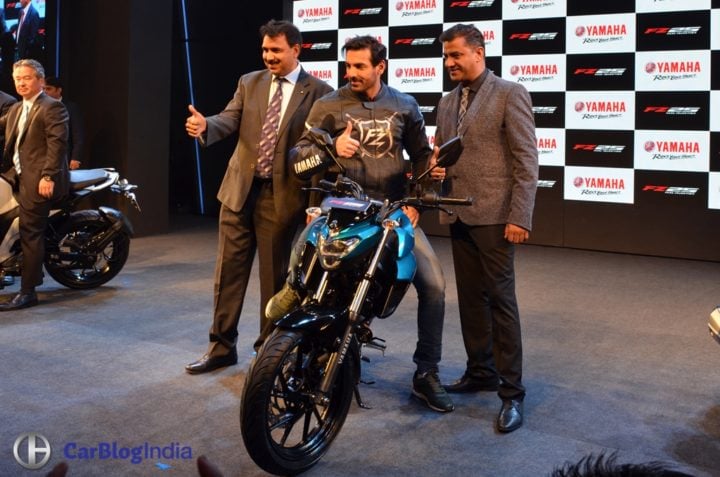 The Yamaha FZ25 price is really aggressive. With a sticker price of just Rs 1,19,500, the new FZ25 is a really attractive offering. With such a price tag, the new FZ 25 could give sleepless nights to the likes of KTM Duke 200 and even the Bajaj Dominar 400. 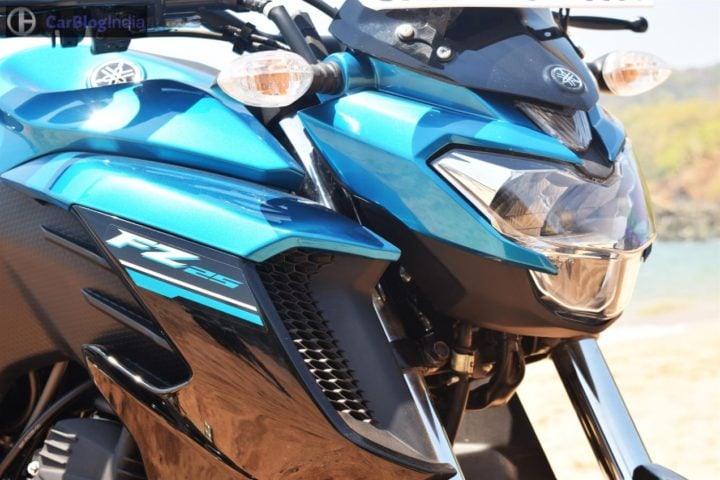 Powering the new Yamaha FZ 25 is a single-cylinder 249cc engine. It benefits from a fuel injection system. However, there’s no 6-speed gearbox and the bike gets 5 gears. Peak power of 20.9 PS is produced at 8000 RPM. Peak torque of 20 Nm comes in at 6000 RPM. Combined with a weight of just 148 KGs, the FZ25 should be one sprightly performer. The bike gets disc brakes at both wheels. 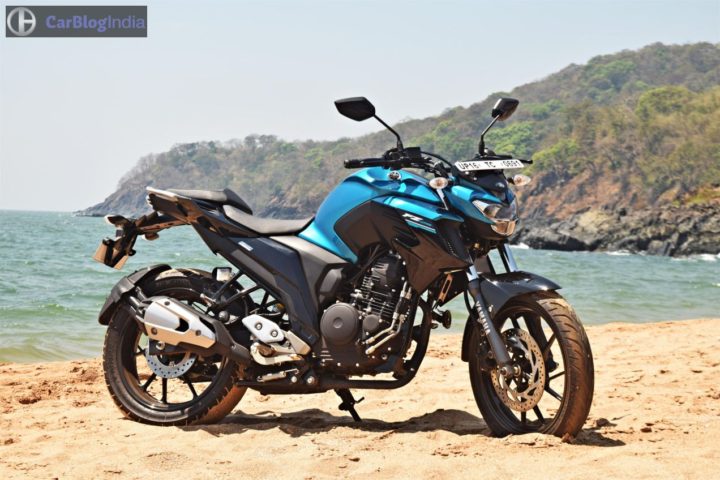 Official mileage figures stand at 43 KMPL. However, safely expect the bike to offer up to 38 KMPL on the highway in real world conditions.

Official figure is yet to be revealed. However, the FZ 25 is expected to 100 KMPH from standstill in less than 10 seconds. 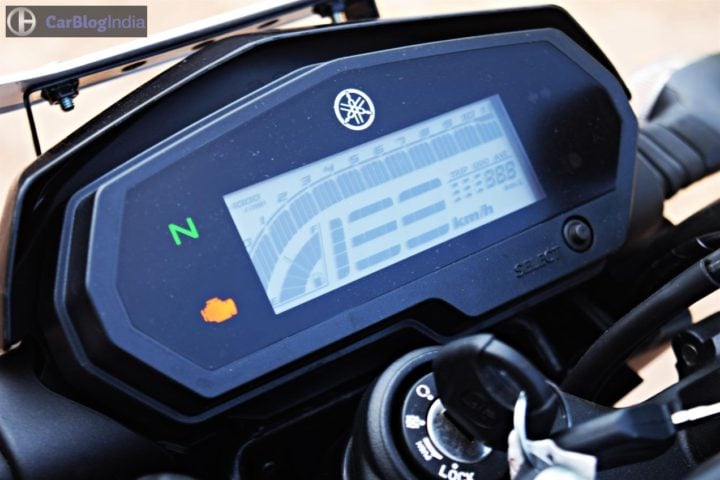 The FZ25 has gone on sale in three colours-

The new Yamaha 250cc bike for India stays true to the FZ brand. It gets muscular streetnaked looks, which should appeal to young urban men. It does look a fair bit like the original FZ16. However, there are several bits, like the tank extensions, which have close resemblance to other streetnakeds in Yamaha’s line-up. The bike does seem to take a lot of design  inspiration from the MT03 and M-Slaz.

Highlights of this bike’s design include-

Overall, the new 250cc Yamaha FZ does make a bold statement with its design.