The demand for SUVs in India has been on the rise over the past few years thanks mainly to the introduction of small/compact SUVs. The Hyundai Creta‘s success is proof enough that there is an insatiable demand for budget-friendly crossovers. Honda launched its Creta-rival, the BR-V, in April this year. The BR-V is built on Brio’s versatile platform. The latest Honda SUV made its India debut at the Auto Expo in February. Currently, the BR-V has been positioned above the Mobilio with a starting price of Rs. 8.75 Lakhs. However, the BR-V seems more of an MPV than an SUV. Before we come up with a comprehensive 2016 Honda BR-V test drive review, here’s our review of its key highlights vis-a-vis its competition. Check it out to find out why we feel that the Honda BR-V is almost a failed attempt from Honda Cars India. 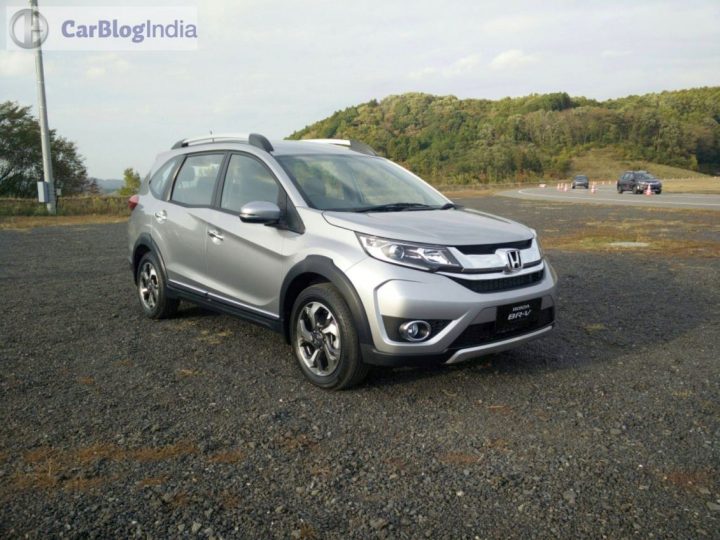 Honda has launched the BR-V at a starting price of Rs 8.75 lakhs. Most Honda products are priced at a slight premium over their rivals and the BR-V is no different. The diesel variant starts at around 10 lakhs going all the way up to almost INR 13 lakhs. Its major rivals, the Creta and the Duster, start at 8.5-9 lacs topping out at around 13 lacs. As with all Honda cars, the BR-V does not have a significant price advantage over its rivals. On the contrary, it skips out on some important features. This might have been turning prospective buyers away from the vehicle. Here’s the ex-showroom price list of the BR-V.

In comparison, the Hyundai Creta is priced in the INR 9- 14 lacs bracket, while the facelifted Renault Duster costs INR 8.47 – 13.57 lacs (ex-showroom, New Delhi). Keeping the prices in mind and that fact that it is not a very feature rich offering, Honda might find it tough to pull buyers away from the established Renault Duster and current segment leader Hyundai Creta.

Launch- Too Little, Too Late?

Following its launch in the Thai and Indonesian markets, the Honda BR-V made its first appearance in India at the 2016 Auto Expo. Later it became Honda’s second major launch of the year following the introduction of the Amaze facelift in March 2016. The Japanese manufacturer will now launch the new Accord in India this year.

The BR-V is supposed to be an important product in a sense that it rivals the likes of Hyundai Creta. However, so far its sales haven’t been even half as good as that of the Creta. Here’s a sales-breakup in the first four months of BR-V’s launch.

Although the BR-V, with seating for 7, has an advantage over its rivals, it might be perceived as more of an MPV than SUV and that could’ve been hampering sales of the upcoming SUV. Also, with the Hyundai Creta topping the sales chart ever since its launch, the BR-V might be a case of too little, too late.

The design of the BR-V appears to be an amalgamation of multiple Honda products including the Brio, Mobilio, Jazz and City. Honda has given the small SUV a new front and rear end, but the side profile looks identical to the Mobilio MPV. There are also hints of the Honda Vision XS-1 concept and the CR-V in its design. Roof rails, plastic body cladding and an increased the ground clearance do lend the exteriors some SUV credentials, but its MPV/Van-like silhouette is very prominent, especially when viewed from the side. This could possibly turn buyers looking for an SUV away from the BR-V. 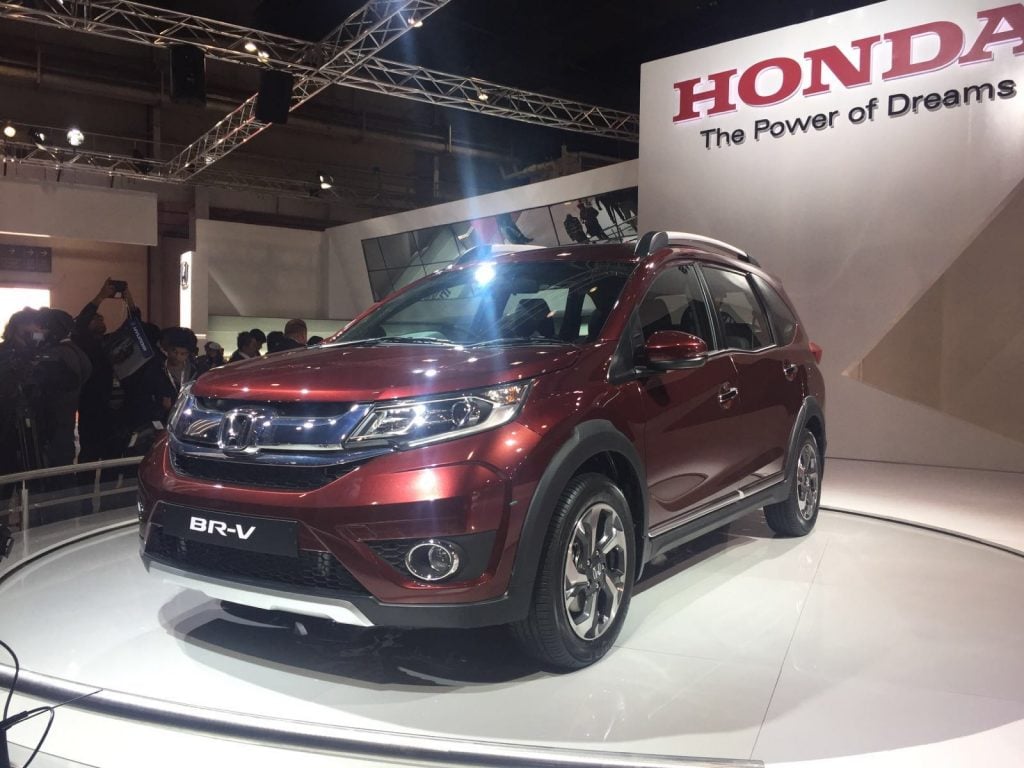 Thankfully, Honda has done away with the oddball interiors of the Brio and given the dashboard a more Jazz-like treatment. Sadly, however, it is still identical to the new layout of the Amaze facelift’s dashboard. There is a centrally mounted touchscreen infotainment system and with the automatic aircon control placed right below. Like the top-spec trims of the Honda Jazz, the cabin is all black with piano black and silver inserts. The unique bit about the BR-V’s cabin is the three-row seating arrangement. This means the cabin can seat upto 7, which is 2 more than its competitors, but it gets quite a squeeze to seat 3 in the middle row. Even the last row is cramped.

As we mentioned earlier, the BR-V is underpinned by the Brio’s platform which is also utilized by the Amaze and Mobilio. The BR-V is 4,456 mm long  which helps in accommodating three rows of seats. It measures 1,666 mm in height and has a ground clearance of 201 mm. Under the hood is the same set of engines as the Honda City – a 1.5 litre i-VTEC petrol which produces 120 PS of peak power and 145 Nm of peak torque and a 1.5 litre i-DTEC diesel producing 100 PS of peak power and 200 Nm of peak torque. Transmission duties will be handled by a 6-speed manual on both Diesel and Petrol models. The CVT is only available mated to the petrol motor.

The 1.5 L diesel unit from Honda is known for its lack of refinement and mediocre on road performance. We have experienced high NVH levels in the Jazz, Amaze, Mobilio and City diesel variants and since the engine is the exact same unit, the BR-V doesn’t score high in terms of refinement. Although the BR-V is bigger than its rivals in terms of size and weighs more, the diesel engine powering the crossover is the least powerful of the lot. Even smaller compact SUVs such as the Ford EcoSport and Mahindra TUV300 boast of a higher torque output. Another disadvantage the Honda BR-V has is the lack of an automatic diesel variant, which the Hyundai Creta and the Renault Duster have. We will give you complete details in our 2016 Honda BR-V test drive review soon. 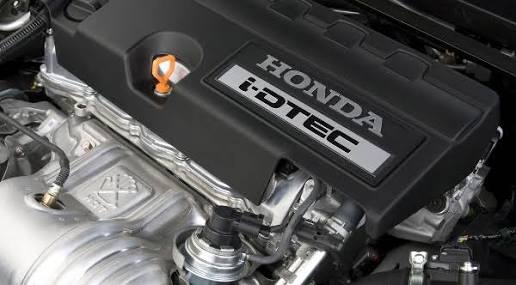 Talking about the features on offer, the BR-V comes with a basic list of equipment which include: 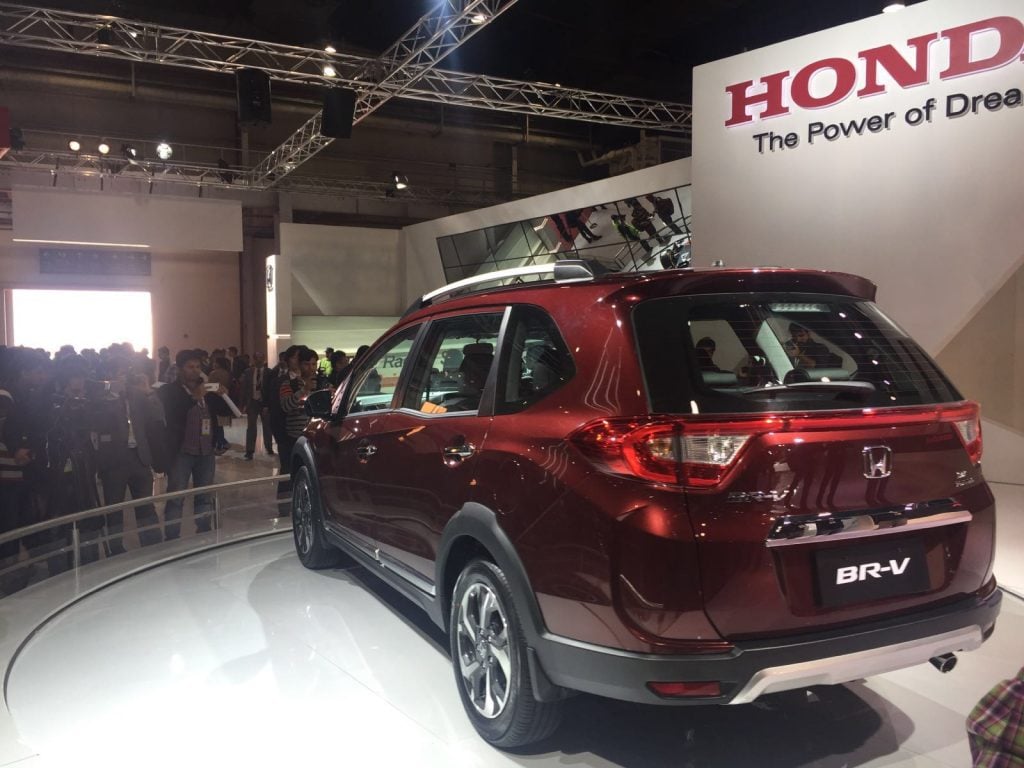 There are major omissions in the Honda BR-V features list like a touchscreen AVN, reversing camera, parking sensors and more. Honda’s decision to skip the aforementioned features seems a bit puzzling as all its competitors have them on their list and could dent sales.

Honda currently sells the CR-V crossover in India, but demand has been poor owing to its petrol-only nature. The introduction of the BR-V has helped bolster their SUV portfolio but it the BR-V is far from being a best-seller. A high price tag, MPV-like appearance, lack of features and mediocre diesel engine seem to be hampering its sales.

What do you think of our analysis of the Honda BRV? Do you agree to what we say? Do you also feel that the BR-V is almost a futile attempt? Share your views by penning them down in the comments section below. Stay tuned to CarBlogIndia for a comprehensive 2016 Honda BR-V test drive review and more.