So far, the Maruti Ciaz has done a great job of representing MSIL in the premium segment. It has been consistently outperforming the Honda City in terms of sales (ALSO READ: Maruti Ciaz vs Honda City). With its major rival, the City, receiving a facelift for 2017, Maruti will launch a facelift of Ciaz in coming weeks. Updates will be merely cosmetic along with some additions to the features list. The 2017 Maruti Ciaz Facelift launch will take place in the first half of 2017. We’re not expecting a major hike in the prices of the Ciaz. Read on for more on the upcoming 2017 Maruti Ciaz facelift. 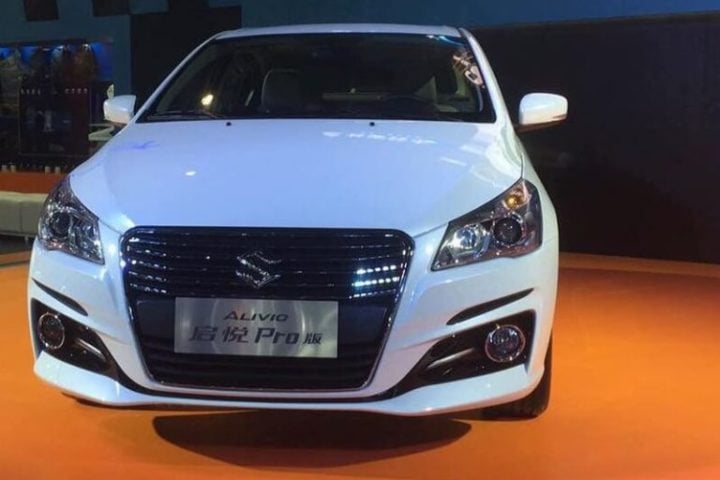 The new model 2017 Maruti Ciaz launch is likely to take place in August, 201. Maruti recently shifted the sales of the Ciaz to its Nexa outlets. Even the Ciaz facelift will use these Nexa dealerships for retail. Recently, slightly camouflaged test mules were spotted testing, thereby indicating that we aren’t too far from the launch date.

Prices should remain more or less the same. The top end variants could get more expensive thanks to the addition of new features. The Ciaz, since it is now being sold through the Nexa sales channel, adopts a new variant nomenclature. There are five trims on offer – Sigma, Zeta, Delta, Alpha and S. The ‘S’ trim is nothing but the ‘RS’ trim. Presumably, Maruti wants to reserve the ‘RS’ badge for higher performance variants like the Baleno RS only. Hence, the switch to S from RS. 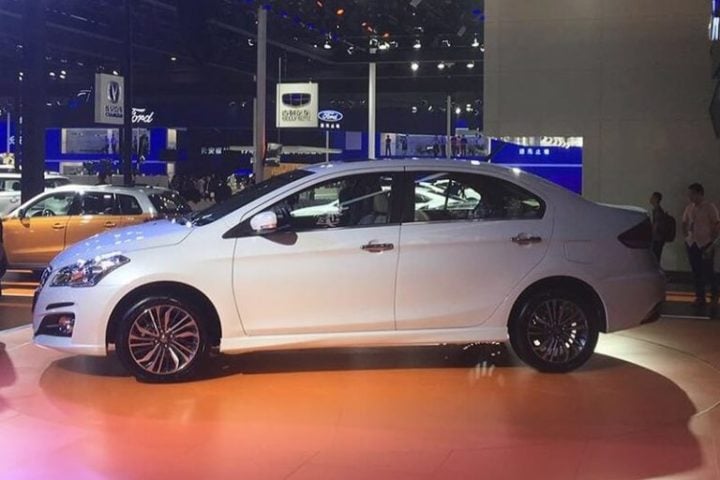 Mechanically, the upcoming Ciaz facelift will remain the same as the current car. It will continue with the current set of 1.4 L petrol and 1.3 L diesel engines. These engines might not be the most powerful in the segment, but they are very frugal. There are no plans of introducing the S-Cross’ 1.6 L diesel. Only the petrol Delta, Zeta and Alpha trims will be offered with a 4-speed automatic transmission option.

In fact, the 1.3 L Diesel, aided by Suzuki’s SHVS mild hybrid tech, makes the Ciaz one of the most fuel efficient cars on sale in India. It returns a claimed mileage of 28.09 KMPL. Even the petrol engine offers an average fuel mileage of around 20 KMPL.

Like most Maruti facelifts, the Ciaz will not be getting a comprehensive overhaul. Instead, it will feature minor cosmetic updates to the exteriors. These changes could be similar to the China-spec Alivio sedan seen in pictures here. The front bumper will get some additional chrome garnish, and so will the rear bumper. There could be a slightly redesigned grille on offer as well. The test mules spotted recently had black tape masking bits of the front and rear bumpers. This means, as we mentioned earlier, the changes will be minor.

We’re not expecting Maruti to make major changes to the interiors of the Ciaz. The same black beige cabin from the current car will be carried over to the new model. However, Maruti could add a few features including a sunroof. The Ciaz’s cabin is already pretty rich in terms of the equipment on offer. Updates will include an updated instrument console with a new high-res MID.

The 1.4 L Petrol and 1.3 L Diesel engines from the current car will be carried over. The petrol unit is available with an optional 4-speed automatic transmission as well. There is no diesel automatic variant on offer. A 5-speed manual transmission is standard across the range. There have been rumours suggesting the Ciaz will receive the S-Cross’ 1.6 L Diesel as well. However, there is no official word on that yet. Thanks to Suzuki’s mild hybrid tech, the Ciaz SHVS diesel returns 28.09 KMPL overall making it the most fuel-efficient car in the country. It also helps the Ciaz avail tax benefits under the Government’s FAME initiative that promotes Hybrid and electric cars.