The 2016 Toyota Fortuner did not make its India debut at the 2016 Auto Expo. However, TKM has finally launched the new Fortuner in India. The new Fortuner 2016 India launch follows the launch of the refreshed Etios twins in India. 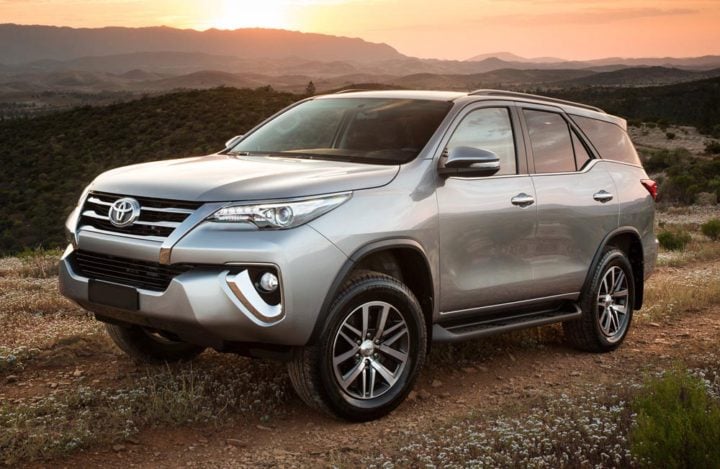 A bump in prices over the current model was inevitable. However, prices haven’t increased as much as we were expecting them to. Diesel variants of the new Toyota Fortuner cost Rs. 27.52 to 31.12 lakhs.

The next generation Fortuner 2016 gets a new family of ‘GD’ engines developed by Toyota. There is a 2.8 litre diesel producing 177 bhp power and 450 Nm torque amd a 2.7 L petrol that makes 166 PS and 245 Nm. Underpinning the SUV is a brand new ladder frame chassis. The diesel engine comes mated to either a 6-speed manual or a 6-speed automatic gearbox along with a four wheel drive system as an option. Transmission options for the petrol Fortuner include a 5-speed manual and a 6-speed automatic. Petrol variants are not available with a four wheel drive system

As we have been saying, the new Toyota Fortuner 2016 comes with new ‘GD’ Diesel engines that are, according to Toyota, 10% more fuel efficient than the current ‘KD’ series motors. Hence, the new model Fortuner should offer a higher fuel mileage than the model it is about to replace. Also, the new model is both lighter and stiffer than the current model, which will further help it offer a higher mileage. The New model Toyota Fortuner 2016 India mileage could be roughly 12 kmpl – 14 kmpl.

The current Fortuner suffers from a lack of features. The new Toyota Fortuner 2016, however, gets a long list of features including:

The India spec new Toyota Fortuner 2016 comes with petrol and diesel engine options. These include a 2.8 litre turbocharged four cylinder diesel and a 2.7 litre naturally aspirated four-cylinder petrol. In case of the 2.8 L diesel, power is transmitted via a 6 speed manual and a 6 speed automatic gearbox. The 2016 Fortuner diesel offers both 2WD and 4WD layouts. The petrol Fortuner, on the other hand, gets a 5-speed manual and a 6-speed automatic. Also, it does not come with a 4WD layout. 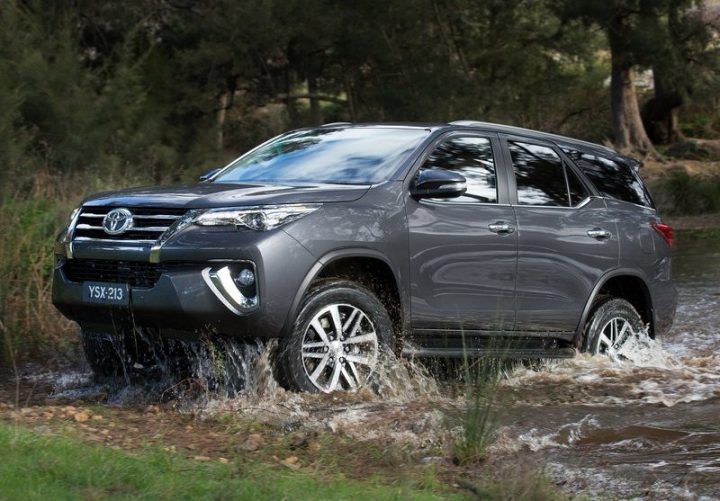 The outgoing Fortuner has started showing its age. It also suffered from a few key issues such as a lack of features, old Innova like interiors and slightly dull exteriors. However, it was still one of the best selling SUVs in its segment. With the new Toyota Fortuner 2016 model, Toyota will be looking to address the above issues and continue its dominance in its segment. However, with Toyota having delayed the launch till 2016 end, the Fortuner has lost a significant amount of market share to the new entrant Ford Endeavour.

The new Toyota Fortuner 2016 gets the following colour options-

Here are the names of these paint options – 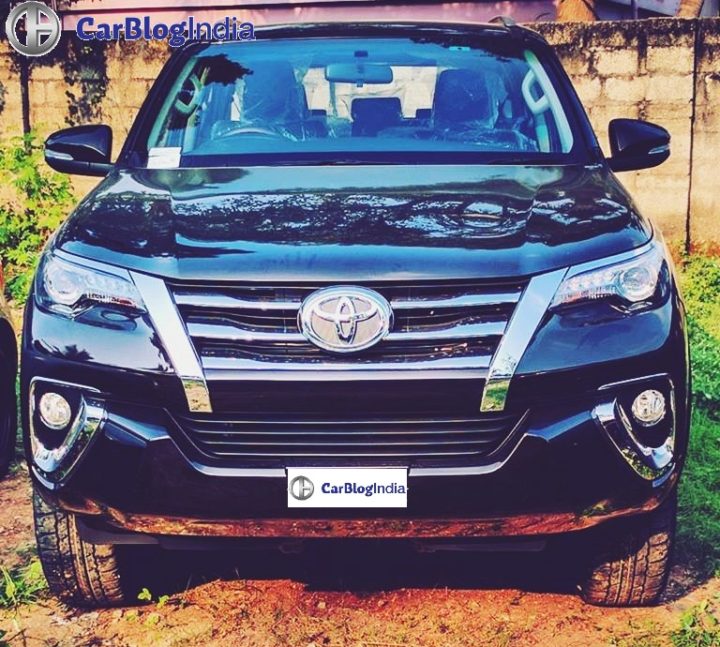 The 2016 Toyota Fortuner is based on an all new platform that is more robust than the earlier version. The latest platform boasts a technology that improves the safety and also enhances the ride and handling. The front of the Fortuner 2016 gets really aggressive with sharply styled grille and really sleek head lamps. The dual projector head lamps and LED pilot lamps and DRLs give it a premium look too. The front bumper too is very muscular and gets bits like a large air dam The front also gets several chrome bits and a prominent hood.

The fully loaded models of the new Fortuner 2016 sget stylish 18 inch alloy wheels. However, the lower trims get 17 inch steel wheels that come shod with all terrain tires. The car’s side includes wrap around tail lamps, a strong shoulder line and chrome garnish. The rear features a stylish set of tail lights with LED and integrated reflectors on the bumper. The new Fortuner 2016 measures 4,795 mm in length, 1,855 mm in width and 1,835 mm in height. The 2016 Toyota Fortuner boasts a wheel base of 2,745 mm. It has a ground clearance of 225 mm. Fuel tank capacity is 80 litres

The new Fortuner 2016 has a really modern and premium interior. It seems to take inspiration from the new Corolla and the latest generation Hilux pick up truck. It is not only better in terms of design but is also more spacious. As you must have seen in the features section above, it also comes with many new comfort and convenience features. It also gets many new connectivity features such as a touchscreen audio system. It also boasts a modern speedo console that has a TFT screen for the MID. Other highlights include premium leather upholstery, multifunction steering wheel, paddle shifter and Bluetooth.

Even in terms of passive safety, the Fortuner 2016’s cabin scores highly. It has been given a 5 star rating by Latin NCAP. The new Toyota Fortuner 2016’s passenger safety levels are same as those of the new Toyota Hilux. We feel that the new Fortuner could become the safest car in its segment.