Maruti launched the new 2017 Maruti Dzire in India early this year. The new Dzire, akin to all its predecessors, is a sedan sibling of the corresponding generation Swift. Launched less than six months ago, the new-generation Dzire has already achieved a stellar sales performance. It recently touched the 95,000-unit sales mark. Sales of the new Dzire have soared in the last two months. The new car sold around 60,000 units in August and September alone. Also, thanks to this, it has become the highest selling car in India. Thanks to the high demand for this car, the waiting period for the new Dzire has soared to almost 3 months for certain variants. Read on for all the details on the new 2017 Maruti Dzire Price in India, Specifications, Mileage, etc. 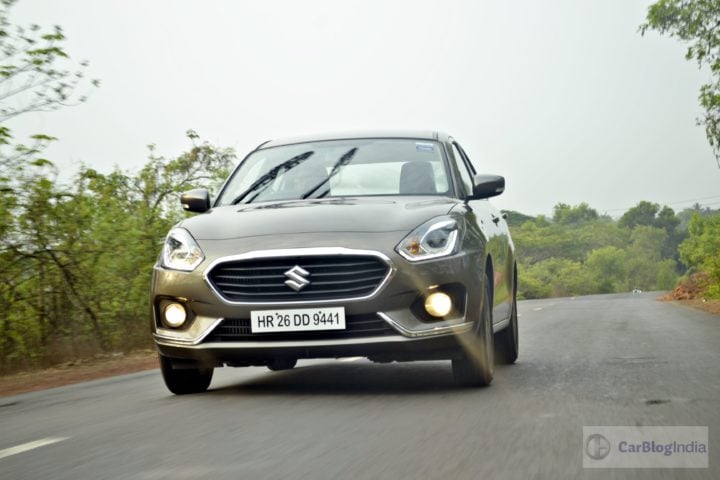 As we said, the new 2017 Maruti Dzire has been launched ahead of the all-new Swift. Maruti has constantly been selling more units of the Dzire than the Swift. Being the more popular model, the compact sedan derivative has been launched much before the new Swift hatchback. The new Dzire gets more features and offers a higher average mileage. Later on, it just might also get the 1.0 L Turbocharged Boosterjet engine. 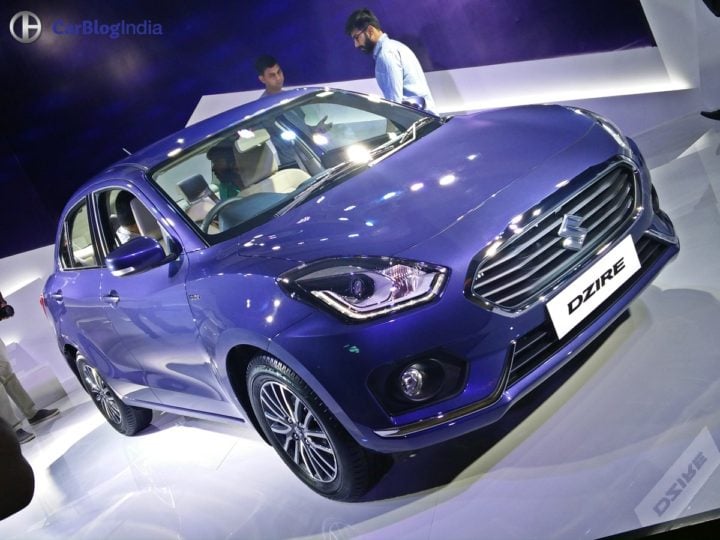 Until now, we’ve seen the Swift’s sedan-derivative being launched only months after the donor hatchback’s introduction. However, we saw Ford launching Aspire ahead of bringing the new Figo here. Tata also launched the Zest before the Bolt. Maruti has adopted a similar strategy. This could be owing to the greater demand for entry-level sedans. Also, the older Dzire’s sales had taken a slight hit from the increasing popularity of some of its rivals. 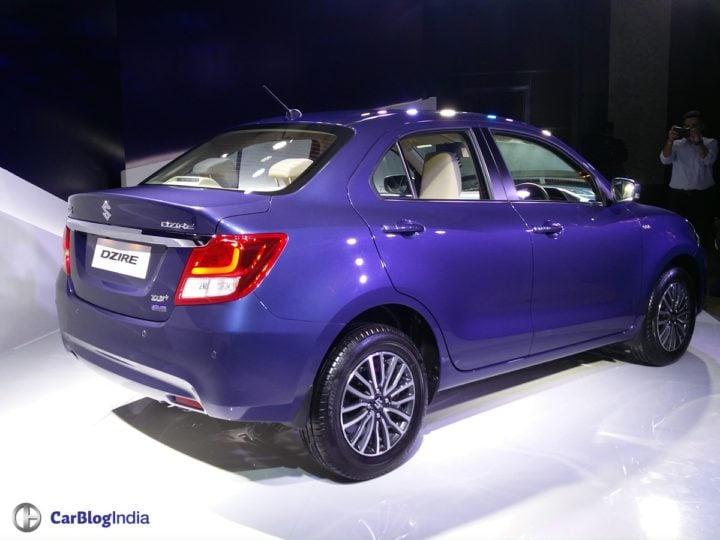 The new 2017 Maruti Dzire top end trims are much more expensive than the older model. The Dzire range starts at Rs. 5.45 lakh. The top-end model is priced at Rs 9.41 lakh. This price hike is justified by more features, higher fuel mileage and modern looks. 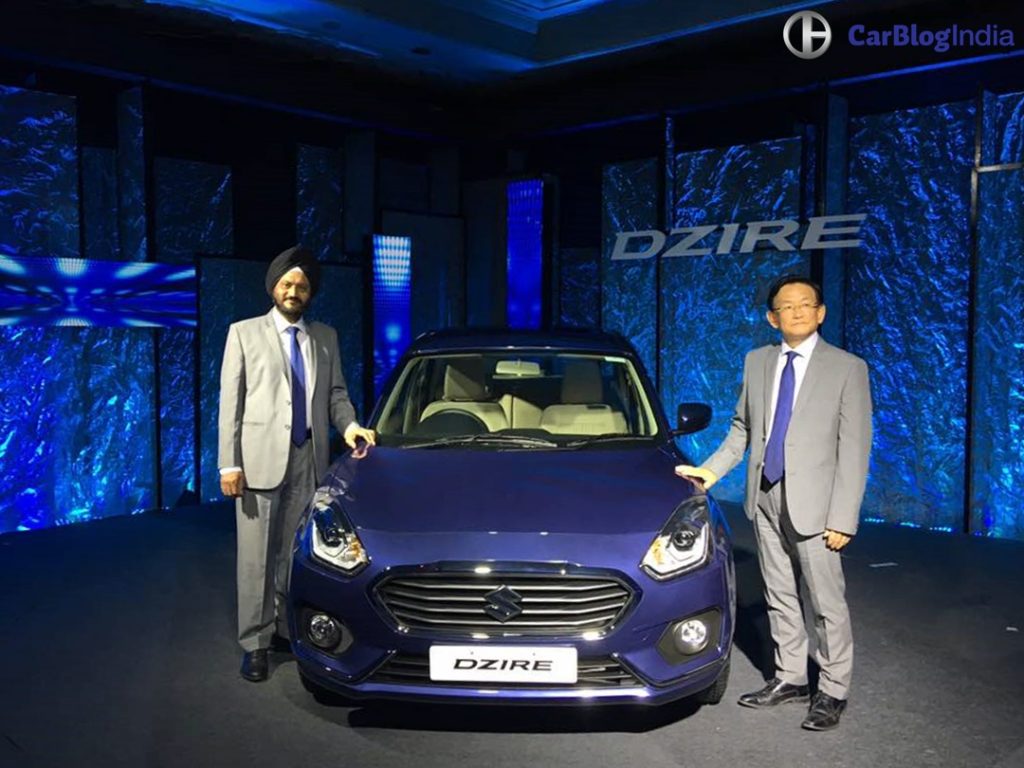 The Maruti Dzire will be available in eight variants – LXi, VXi, ZXi, ZXi+, LDi, VDi, ZDi, ZDi+. All variants except LXi and LDi will come with an optional 5-speed AMT.

The 2017 Maruti Dzire continues to draw power from the same set of engines that powers the outgoing model. However, these engines offer higher fuel mileage. Being lighter, the new Dzire petrol with the 1.2-litre engine returns 22 KMPL while the diesel variants with the 1.3-litre engine offer up to 28.4 KMPL respectively. Also, Maruti has ditched the 4-speed torque converter in favour of a more cost-effective 5-speed AMT for both petrol and diesel variants.

Speculations abound that the new 2017 Maruti Dzire could even get the Baleno RS’ 1.0-litre Boosterjet Turbo petrol engine. However, that might happen at a later stage. Also helping with boosting the average mileage and performance will be the new lightweight platform.

The next generation Dzire is more fuel efficient thanks to a lower kerb weight among other factors. Dzire diesel, according to ARAI testing figures, returns upwards of 28 KMPL making it the most fuel-efficient car on sale in India.

Akin to the current Dzire, the 2017 model will rival some really competent cars, such as-

Here are the features highlights of the new 2017 Maruti Dzire- 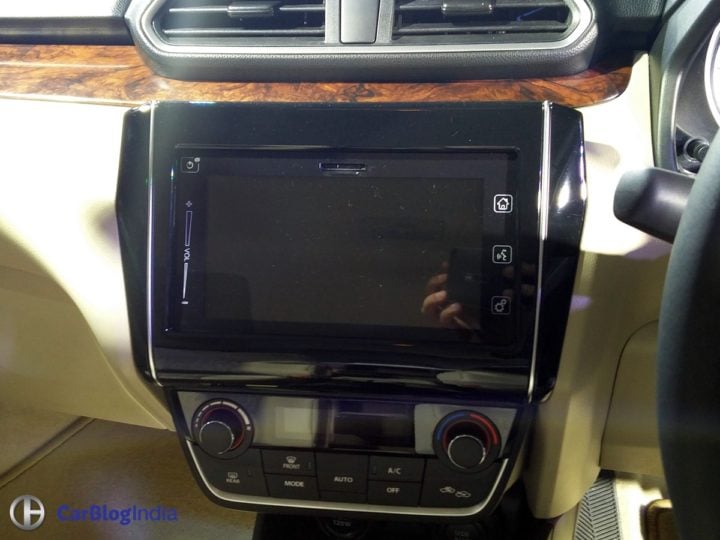 The new Dzire 2017 will get ABS and a Driver’s side Airbag as a standard feature on all its trims.

The new Dzire too, shares in plenty with its hatchback sibling. The two cars are largely similar till about the B-pillar. The boot is a rather stubby unit in order to adhere to the sub 4-metre limit. The front fascia has a slightly different bumper and grille. However, overall, the new Dzire looks as modern as the 2017 Swift. The overall design looks more cohesive in comparison to the current model Dzire. The new Dzire features a projector headlamp setup, on the top variants. The taillights get LED detailing as standard, while the headlamps get LED DRLs on the top end trim.

We definitely like the way the design has evolved. While there’s nothing path-breaking here, the new Swift and Dzire will look more stylish and modern, whilst maintaining the distinctive Swift look. 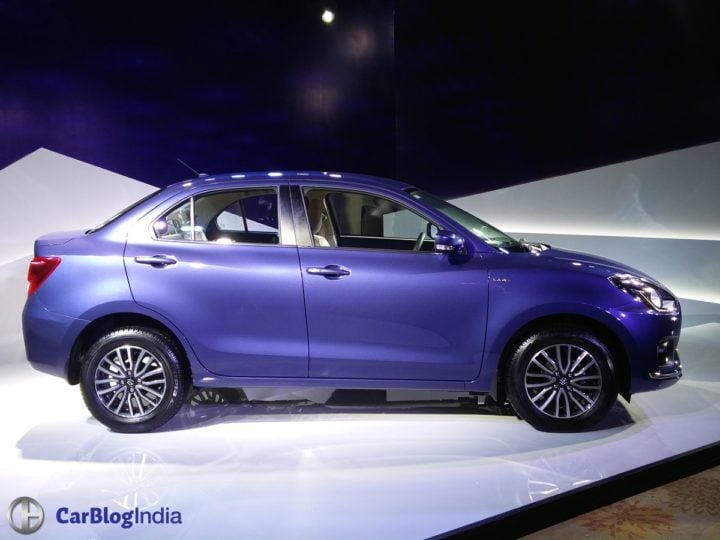 Unlike it has been the case till now, the next Dzire won’t get the corresponding generation Swift’s interior. Instead, the Dzire has a dissimilar dashboard. Also, while the Swift will have an all-black interior, the Dzire gets a black-beige color combo. The Dzire has a touchscreen unit placed right under the trapezoidal AC vents. The climate control unit has circular knobs. Interior images also reveal a flat-bottom steering wheel with wood inserts.

The new 2017 Maruti Dzire gets the same engines as the model it replaces. This means it comes with 1.2 L and 1.3 L Diesel engines. All engines come mated to a 5-speed Manual Transmission. However, both these engines also get an optional 5-speed AMT. Additionally, Maruti could offer a 1.0 L Turbo Petrol engine on the top-end model at a later stage. 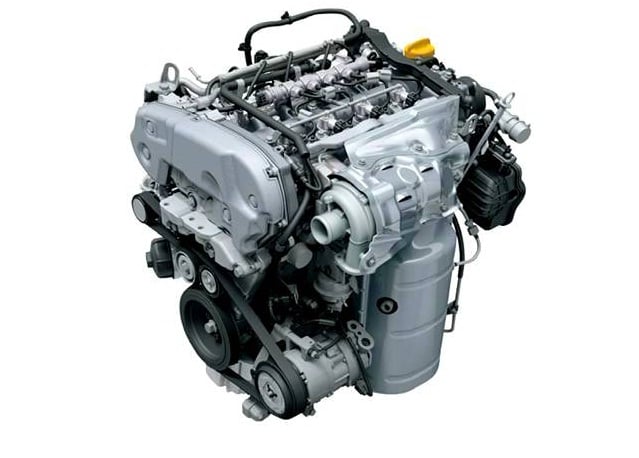