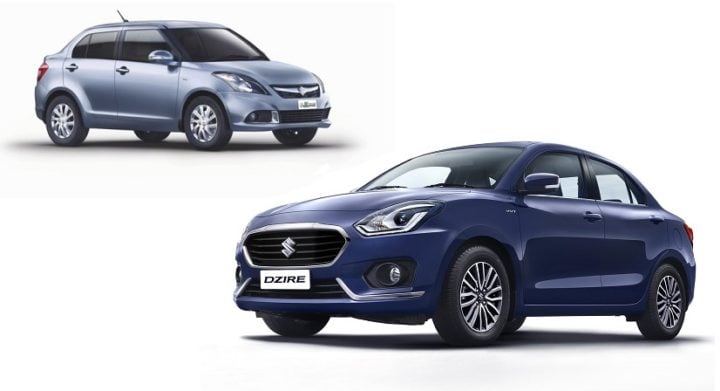 While the starting price of Dzire has gone up by around 20,000, the top end V and Z trims cost almost the same. The new ZXi+/ZDi+ trims are expensive and cost around 90,000 more than the ZXi/ZDi trims.

There isn’t a huge difference in the specs as the new 2017 model Dzire gets the same engines as the outgoing model. This means the new 2017 Maruti Dzire comes with a 1.2 L K-series Petrol engine and a 1.3 L DDiS Diesel motor. Both the engines come mated to 5-speed Manual and 5-speed Automatic transmissions. There are high chances that the new Dzire could even get the 1.0 L Boosterjet at a later stage. However, we don’t see the introduction of the engine happening anytime soon.

Thanks to the updated engines and lighter kerb weight, the new model 2017 Maruti Dzire offers higher mileage than the old generation Dzire. At a claimed 28.4 KMPL, the new Dzire is the most fuel efficient car in India.

The new Dzire will have many new features. These include- 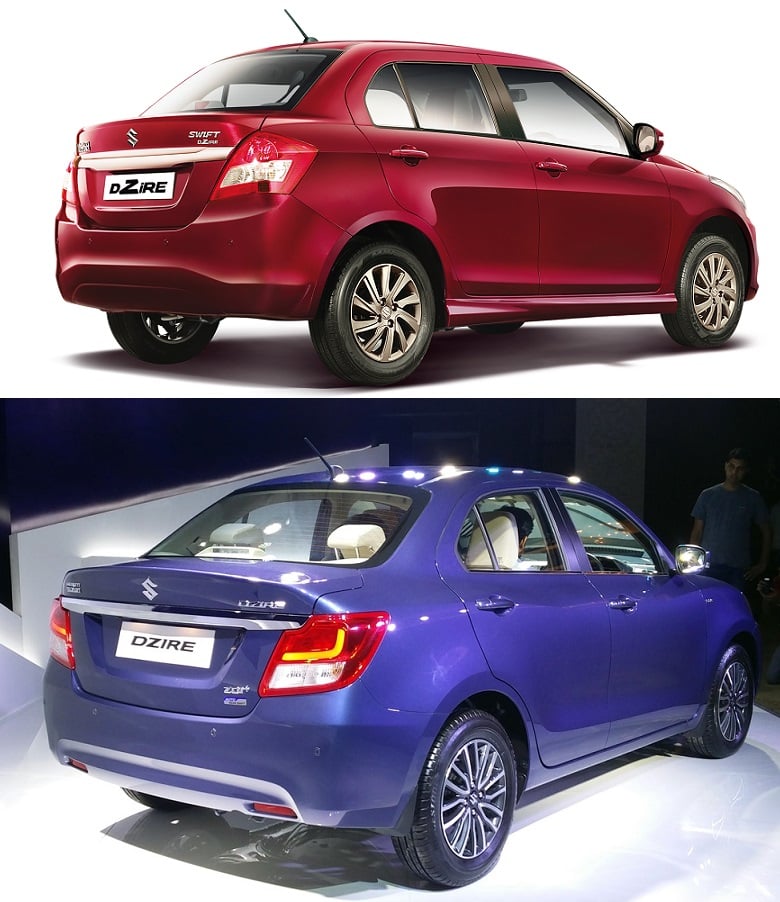 Much like the earlier generation, the new Dzire borrows much of its design from the 2017 Maruti Swift. However, this time around, Maruti has done enough to conceal any similarity in the way the two cars look. The front fascia has been given an altogether different bumper and enough chrome garnishing around the grille. The rear is, of course, brand new. In our belief, the new 2017 Swift Dzire’s design looks more cohesive than the old model Dzire. The new Dzire looks more premium thanks to bits like projector headlamp, LED DRLs, LED taillamps and stylish new alloy wheels. 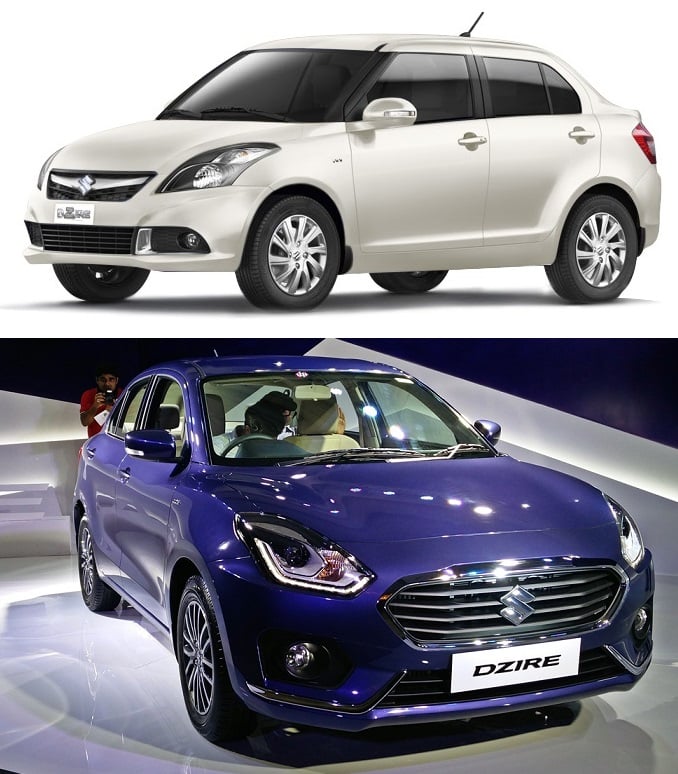 The new Dzire’s interior won’t look much like that of the new Swift. Its dashboard is largely different. Also, unlike the Swift’s all-black interior, the Dzire gets a beige-black colour code. It also gets trapezoidal aircon vents (Swift gets round vents). The top-end models of the new 2017 Dzire will come with a touchscreen infotainment system. All models will have a flat-bottom steering wheel.

It goes without saying that the new model 2017 Maruti Dzire is a fairly more modern car than the older generation. It looks better, has more features and is more fuel efficient too. 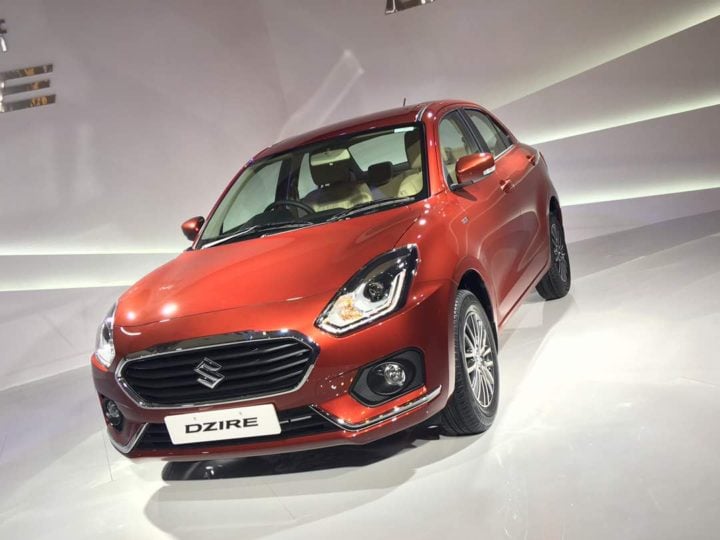